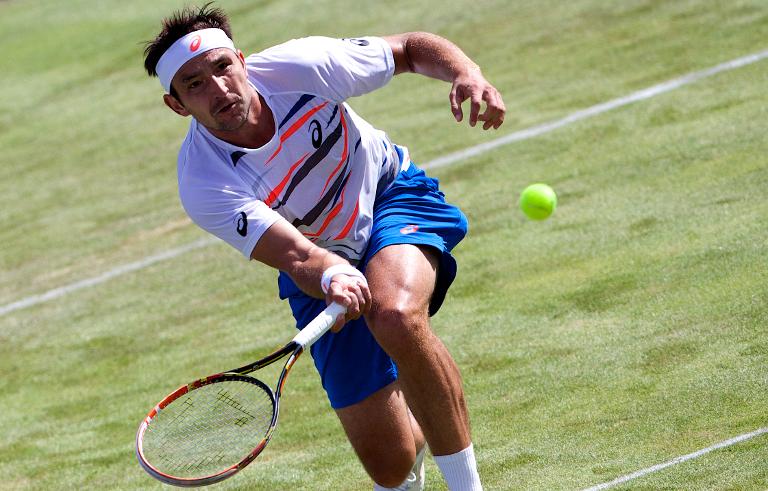 Cilic won the Wimbledon warm-up tournament in 2012 when his opponent David Nalbandian was disqualified in the final for kicking an advertising board into the shins of a lines judge.

The 25-year-old Croatian, who is coached by compatriot and former Wimbledon champion Goran Ivanisevic, almost made a successful defence of his title last year before finally losing to Andy Murray in three sets in the final.

But the ninth seed’s hopes of becoming the first player to reach three successive Queen’s finals since Andy Roddick from 2003 to 2005 were shattered by Bosnia-born Matosevic in just 77 minutes on the main show-court in west London.

Cilic’s powerful serve usually makes him a menace on grass but, back in action for the first time since losing to Novak Djokovic in the French Open third round, he made a slow start to his first round tie against Matosevic.

The world number 26 was broken in the fifth game and couldn’t make any inroads on the Matosevic serve as the Australian took the first set.

Matosevic, the world number 60, has been in good form of late, reaching the final of the grass-court Challenger event in Nottingham last week following his first ever match win at a Grand Slam when he defeated Dustin Brown in the first round of the French Open.

And he finished off Cilic in impressive fashion, breaking early in the second set and easily holding to clinch a second round match against Matthew Ebden or Lukas Lacko.

South Africa’s Kevin Anderson, the seventh seeded world number 18, advanced to the third round with a 6-2, 6-3 win against British wild card Dan Evans.

Evans had shocked Austria’s Jurgen Melzer in the first round, but he was swept aside in just 65 minutes by the big-serving 6ft 8in Anderson, who was given a bye into the second round like the other top eight seeds.

Belgium’s David Goffin was too strong for promising Austrian Dominic Thiem, who was earmarked as a potential star by world number one Rafael Nadal after their second round clash at the French Open last month.

But his lack of experience of grass was ruthlessly exposed by Goffin and the world number 105 swept to a 6-4, 6-2 victory which secured a second round meeting with former Queen’s runner-up Jo-Wilfried Tsonga.

As a former Wimbledon semi-finalist Marcos Baghdatis knows his way around a grass-court and the Cypriot wild card, a 6-7 (6/8), 6-2, 6-1 winner over American Bradley Klahn, could present a tricky second round test for top seed Stan Wawrinka, the world number three who won the Australian Open earlier this year.

Canada’s Vasek Pospisil, the world number 35, defeated Italian Paolo Lorenzi 6-3, 3-6, 6-3 in the first round to end an eight-match losing run that stretched back to February.