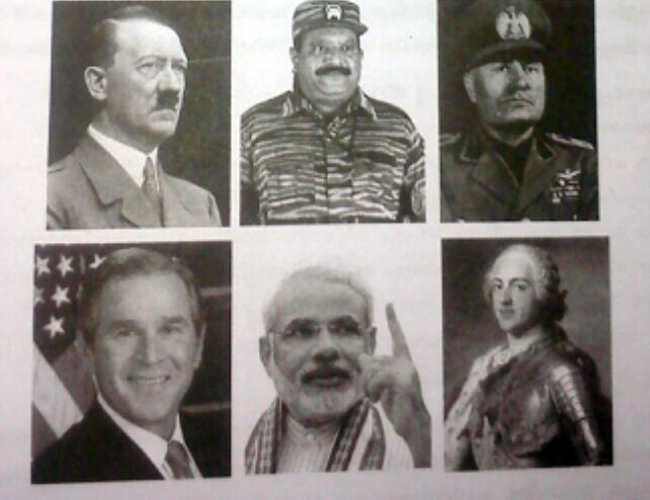 Thrissur: Four students of a government polytechnic college and three others, including its principal, were on Tuesday booked by police for featuring in their campus magazine a photograph of Prime Minister Narendra ModiÂ under a list of “negative faces” along with Adolf Hitler,George W Bush, Osama bin Laden and a few others.

The campus magazine for 2013-14 was released on June 4 and one of its pages titled ‘negative faces’ featured a photograph of Modi. They said the case was booked on a complaint by a social worker Subash.

The magazine was brought out by a team of campus editors of the institution, whose student union is controlled by a pro-Left campus outfit.

The polytechnic authorities hinted that the magazine would be withdrawn as it has sparked a controversy.Â Local BJP workers staged a protest and burnt copies of the controversial magazine.