Home Sports Rosberg looks on the bright side 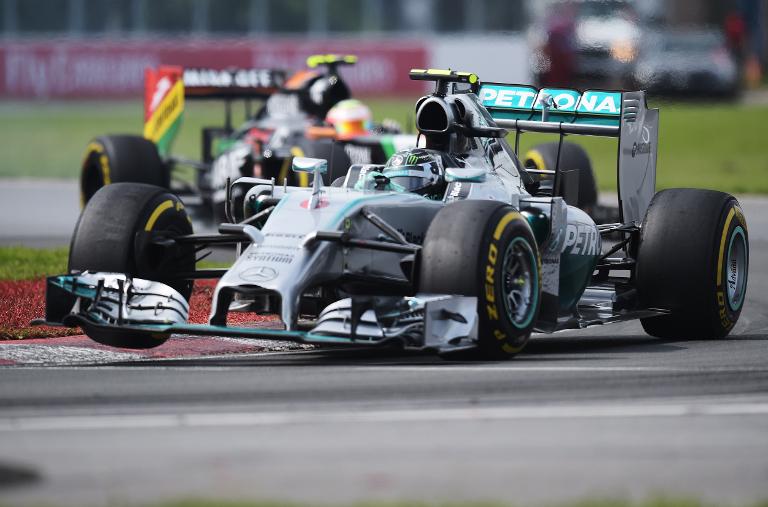 World championship leader Nico Rosberg looked on the bright side of his Mercedes team’s first defeat of the season in Sunday’s Canadian Grand Prix where he finished second to Daniel Ricciardo of Red Bull.

The 28-year-old German said that he was pleased with his points-haul in a race that saw Mercedes team-mate and title rival Briton Lewis Hamilton retire with brake and power problems.

“When you lose ERS (Energy Recovery System) it doesn’t harvest anymore, then any braking is done by rear braking, so that is why the rear brakes overheated,” said Rosberg. “That made it massively difficult.

“I needed to cool the brakes and lost speed on the straights. I was able to hold off the pack behind me until two laps until the end so it’s still a really good result.

“I was trying to hold on, doing qualifying laps all the time, but it didn’t work out against Daniel.”

Rosberg said the issues showed that Mercedes still had work to do to improve reliability.

“We need to keep pushing,” he said. “We need to make sure that we are bulletproof.”

Hamilton meanwhile blamed his early-race battle with Rosberg for the brake problems that finally ended his challenge.

Hamilton and Rosberg were locked in a close and dramatic fight for the lead until they both began to suffer from Energy Recovery System problems that also led, in the end, to them losing speed.

“I was following him and when you’re following someone you’re gaining more heat,” said Hamilton. “He was in clean air all the time in front.

“There was not much I could do. When I came out in front, everything was cooked already.”

Hamilton said he was informed soon after his first pit-stop that both he and Rosberg had mechanical problems.

“We knew as a team that we had some issues in the second stint, but we thought we would be able to manage it,” he said.

“I got him in the (second) stop and was thinking ‘finally, wow, what an amazing feeling’. Then straight away on that lap the brakes failed.”

Championship leader Rosberg nursed his wounded car home in second place behind Ricciardo, a result that has lifted him 22 points clear of Hamilton.

“The team still got 18 points so we’ll move on and hope we don’t have any more DNFs,” said Hamilton.

“I’ve had a lot of work to do since race one (when he retired in Melbourne).”