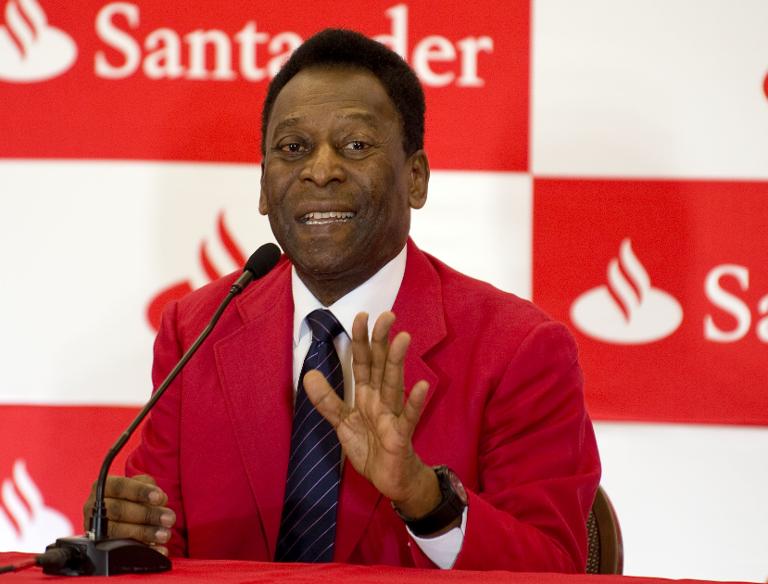 Brazil avenging their traumatic 1950 World Cup final defeat by beating Uruguay in the final in July would be the ideal result said Brazilian legend Pele.

The 73-year-old three time World Cup winner said in answer tyo a question of whether he would like a Brazil v Argentina final on July 13 at the Maracana it would be much more to his taste to play Uruguay and beat them.

“I would prefer to have a Brazil v Uruguay final in order that we could avenge our defeat in 1950,” Pele told a select group of journalists invited by FIFA to a bar in Sao Paulo.

The Uruguayans stunned the 200,000 spectators at the Maracana into silence back in 1950 when a late goal earned them a 2-1 win and that was enough on the old system for them to be crowned world champions and not Brazil, who went into the match just requiring a draw.

The match earned the nickname the ‘Maracanazo’ on the back of it.

Pele, the record goalscorer for Brazil, said that the importance of what football had done for Brazil’s worldwide reputation could not be underestimated.

“I would say to the young that the World Cup is the tournament which allowed people throughout the world to learn about Brazil.

“Nobody knew anything about us. Nobody, not even a journalist came to see us.

“People confused Brazil with Argentina and the Amazon…..they were all the same thing to people.

“Brazil became known to them because of the World Cup.”

Pele, who eventually retired from football in 1977 and has had a varied career since embracing acting followed by politics and latterly as an ambassador for the sport, said that he wouldn;t give a scoreline for Brazil’s opening game of the tournament against Croatia on Thursday.

“The primary thing above all else is to respect your adversary and to be prepared for everything because in football one can play magnificently for 85 minutes and then be very unlucky in the final five minutes which can change everything.

“It is imperative to be ready.”