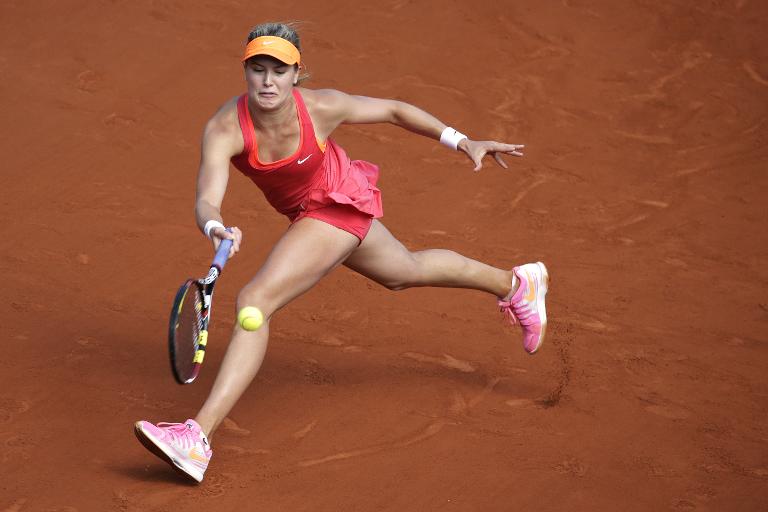 Women’s tennis was given a timely shot in the arm at the French Open with a new wave of talent emerging onto the scene.

The singles title might have gone to Maria Sharapova, still only 27, but a fixture on the world stage for the past decade.

But to lift the title for the second time in her career, she needed to pull on all her reserves to see off youthful challenges in her last three games.

In the quarter-finals it was 20-year-old Spaniard Garbine Muguruza who took the Russian to three tight sets, in the semis it was the turn of 20-year-old Canadian Eugenie Bouchard to go the distance with her and in the final, Sharapova was given one of the hardest battles of her career before subduing 22-year-old Romanian stylist Simona Halep.

Conversely, this year’s tournament was unkind to the older group of players who have been dominating women’s tennis for the last year, with Serena Williams and Li Na, both in their 30s, winning three of the last four Grand Slam titles between them in Paris, New York and Melbourne.

The American powerhouse and the Chinese star both lost early at Roland Garros and with third seed Agnieszka Radwanska also going out in the third round, it was the first time in the Open era that none of the top three seeds made it through to the last 16 of a Grand Slam tournament.

Sharapova agreed that it had been one of the most unpredictable and toughest Grand Slam events in years.

“It’s been a mixture of, you know, older generation, newer generation, and some people that are somewhere in the middle probably, like me,” she said.

“But I think you’ve seen a lot of different matches. For me, it’s been a very physical tournament, one of the most physical Grand Slams I have ever played.”

Of course young upstarts winning Grand Slam titles is not something that is unheard of in women’s tennis.

Serena Wiliams was 17 when she won the 1999 US Open while Martina Hingis was only 16 when she swept to the 1997 Wimbledon, Australian and US Open titles.

Throughout the 1990s, 15 Grand Slam singles titles were won by players in their teens.

Even further back in time, Tracy Austin was 16 when she lifted the 1979 US Open trophy and Steffi Graf was 17 at the time of her French Open triumph in 1987.

But in stark contrast, the last teenage women’s champion at a major was in 2004 when a 17-year-old Maria Sharapova won Wimbledon.

The chances of another teenager winning a major any time soon looks unlikely, but the rest of the year will prove if there is about to be a changing of the guard at the top of women’s tennis.

Bouchard for one is convinced she has what it takes to go all the way.

“I have this, you know, self-belief in myself,” she said. “I definitely feel like I can play with the best girls in the game.

“I think I still have a ways to go, but I’m on the way to becoming a better player than I am today hopefully. You know, that’s always the goal, is to try to get better.”

“I feel like I’m definitely taking steps in the right direction to become what my dreams and what I want to achieve.”