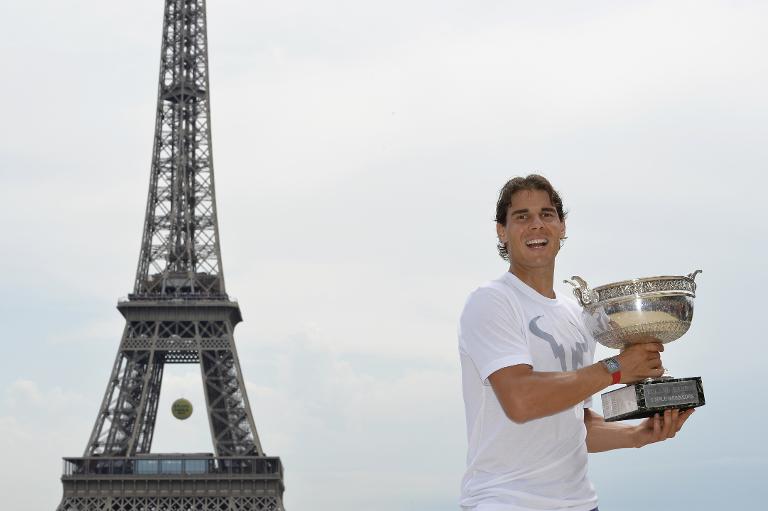 Rafael Nadal believes that the golden generation of himself, Roger Federer, Novak Djokovic and Andy Murray could be in its death throes.

The 28-year-old Spaniard may have collected his ninth French Open title and 14th major on Sunday, but his lingering, tearful appreciation of Roland Garros’s Philippe Chatrier court in the aftermath of his win, hinted that he knew change was in the air.

Nadal took his Paris record to a staggering 66 wins against just one loss since his debut as a 19-year-old in 2005.

But he will be 29 when he attempts to win a 10th title in 2015 while Sunday’s runner-up Djokovic and Wimbledon champion Murray will be 28. This time next year, Federer will be staring down the barrel of his 34th birthday.

Between them, those four men have won 39 of the last 44 majors stretching back to Federer’s first Wimbledon title in 2003.

“I am 28, it’s not forever. I want to enjoy the moment because I have worked so hard to be here. I will have a few more opportunities but you don’t know if I will ever win it again.”

Nadal’s introspection was an echo of his feelings after his second round win over Austrian hot-shot Dominic Thiem, the 20-year-old widely expected to be a title threat in Paris in 12 months’ time.

“Our generation is on the way out. We have all been here for a long while. It’s normal. A generation is walking away and others will replace us. It will not come overnight, but it will come,” said Nadal.

If he had not won the second set, he felt that “I don’t know if I would have this trophy with me now”.

Even Toni Nadal, his uncle and coach since boyhood, believes lifting a 10th French Open may be beyond even the famed super powers of his nephew.

“What I hope now for him is to win it for a 10th time,” said Toni. “But I know that it will be more and more difficult, even almost impossible. Each year the chances of victory are reduced. Next year, we will arrive with the fear of losing, telling ourselves it’ll be really hard.”

Nadal has battled knee and back injuries in recent years, setbacks which caused him to miss Wimbledon in 2009, the US Open in 2012 and the 2013 Australian Open.

“Happily the match today was over in four sets because Rafael was cramping in his calf. He was really tired,” revealed Toni.

Djokovic, meanwhile, has now lost seven of his 13 finals at the majors although he has vowed to keep returning to Paris in an effort to win at least one Roland Garros title and join Nadal and Federer as men who have completed the career Grand Slam.

The Serb may have time on his side, but the same cannot be said of Federer.

He may have the record of 17 Grand Slam titles but he has won just one trophy in his last 17 major outings.

His fourth round loss to Ernests Gulbis at the French Open was his earliest exit in Paris in 10 years.

But despite his declining powers, Federer is not ready for the old folks’ home just yet.

“It’s true that I have won everything, but I am still fascinated by the sport and by the desire to face the daily challenges of the world’s best players and the young stars,” said the Swiss.