Home Sports Mickelson out to put end to US Open jinx 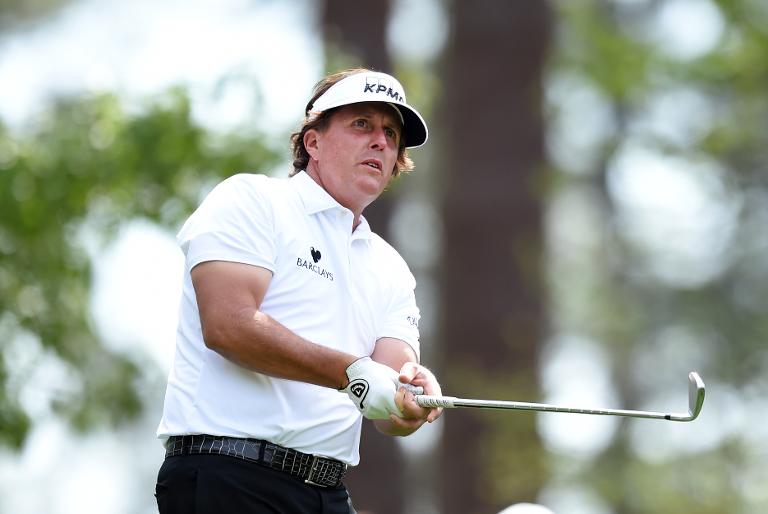 Reigning British Open champion Phil Mickelson hopes to complete a career golfing grand slam at the US Open, an event where he has settled for second a record six times.

Mickelson, who turns 44 on the day after the final round of next week’s major showdown at Pinehurst, has endured agonizing near misses and even dubbed himself an idiot after one epic stumble.

But the American left-hander figures he has more chances to win the only major that has eluded him even if he fails this time around.

“Some people view it as though he’s come close and he’s never done it,” said Mickelson. “I see it as though I’ve finished second six times, I played some of my best golf in this event and that I should have an opportunity, and more than one opportunity, to close one out in the future.”

He shared second at last year’s US Open behind England’s Justin Rose at Merion and was second for the first time at a US Open in 1999 at Pinehurst.

That’s when he was beaten by the late Payne Stewart on the day before Mickelson’s daughter Amanda was born, “Lefty” having had his caddie carry a beeper in case wife Amy went into labor while he was playing so he could depart.

Mickelson also finished second at US Opens in 2002, 2004, 2006 and 2009. It’s a history of defeat that has made him hunger for the US Open crown like no other title and he is not shy about admitting the fact.

“If you try to deny it and try to act like it doesn’t hurt and that it’s no big deal, well, you’re just lying to yourself,” Mickelson said.

“It’s easier to be honest and up front about what I’m feeling and going through than it is to try and deny it, which is why, when I lose, I talk about how tough it is. Because it is. It’s challenging.

“It was the biggest defeat. I had such a down moment after losing at Merion. It’s easier, rather than trying to put on a front or trying to deny what’s playing out in my head, just to be honest.

“It stung (last year) and you just do what you have to to get over it. And it took me a few days.”

Mickelson says golfers who have completed the career slam — Jack Nicklaus, Tiger Woods, Gene Sarazen, Ben Hogan and Gary Player — are on a higher plateau than those who have not and that has an emotional impact upon him as he plays.

“I’m fortunate and I’m honored to be part of that long list of great players that have won three of the four. That’s great. But it would mean a lot to me.

Mickelson also will have the distraction of being the subject of an FBI investigation into insider stock trading that also involves invester Carl Icahn and gambler Billy Walters.

“I have done absolutely nothing wrong,” Mickelson said. “That’s why I’m fully cooperating with the FBI agents and will continue to do so.

“As a player you have to be able to block out whatever is going on off the golf course.”