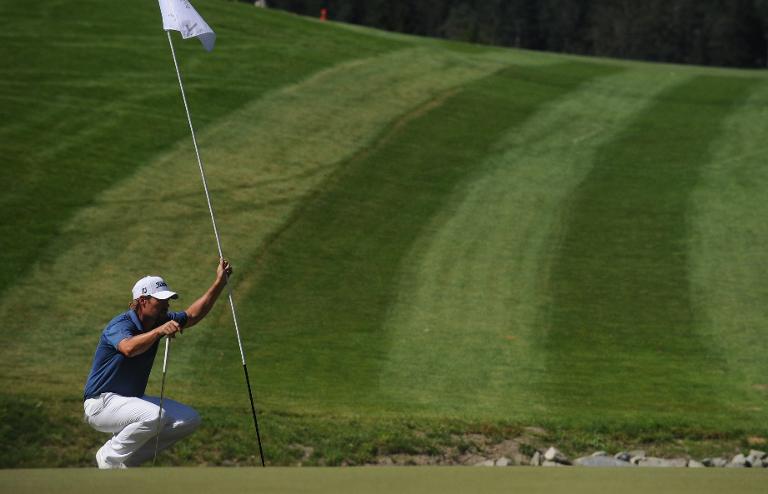 Sweden’s Mikael Lundberg snatched victory in the Austrian Open on Sunday with a brilliant birdie to win a play-off with local favourite Bernd Wiesberger.

Lundberg and Wiesberger finished tied on 12 under par after the Swede hit a closing 65 and the Austrian 69 after letting a one-shot lead slip with three holes to play.

The pair returned to the par-three 18th for the first extra hole and it was advantage Wiesberger after their respective tee shots, only for Lundberg to hole from 45 feet for an unlikely birdie.

Wiesberger was unable to match it from 18 feet and was left with an anxious wait to see if he had done enough to move inside the top 60 in the world rankings to qualify for his US Open debut.

A victory would have guaranteed his place at Pinehurst, but the 28-year-old was left to rely on results in the FedEx St Jude Classic on the PGA Tour.

“I was happy to take the lead and I had it in my hands, I threw it away a little bit,” said Wiesberger, who won the title in 2012.

“I hit five bad shots on the 16th which cost me.

“I hit a better shot in the play-off but he made a great putt. He has not been in the winner’s circle for a while, he deserves it. But I lost it a bit. I would have taken getting into a play-off at the beginning of the day, but it’s a bit cruel now.”

Lundberg had held the halfway lead after rounds of 67 and 68, but a 76 on Saturday left him six shots behind defending Dutch champion Joost Luiten starting the final round.

The 40-year-old hit four birdies in his first five holes and after a bogey on the eighth, carded four more in five holes from the 11th to set the clubhouse target.

“Today just started off really well on the first couple of holes. I made some really nice putts that changed the whole attitude,” said Lundberg, whose previous European Tour wins came in Russia in 2005 and 2008.

“As for the play-off, what can I say? I didn’t hit a great shot and Bernd hit a fantastic shot but that’s golf.”

Luiten’s two-shot overnight lead had disappeared within two holes and he was unable to find a birdie on the last three holes to join the play-off, a disappointing round of 72 leaving the Ryder Cup hopeful alone in third, one shot ahead of England’s Lee Slattery.