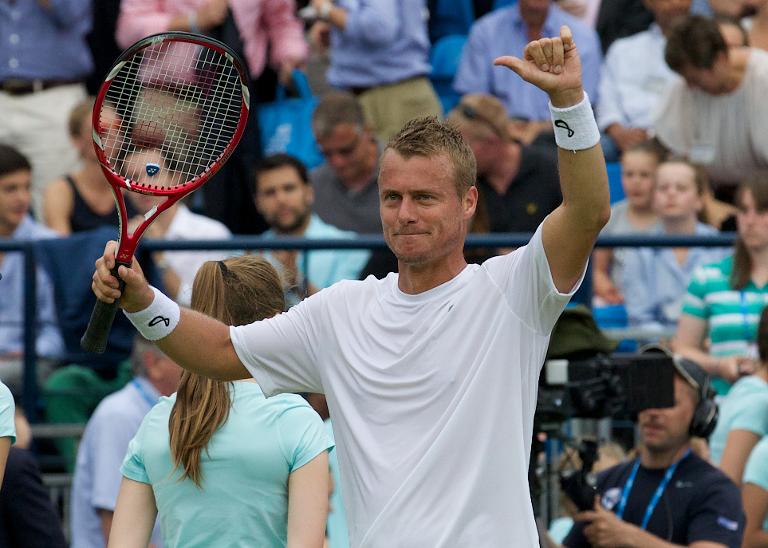 Lleyton Hewitt and Bernard Tomic made it a good day for Australia at Queen’s Club as they moved into the second round of the Wimbledon warm-up event on Monday.

Hewitt kicked off his bid for a record fifth title at the grass-court event in west London with a 6-3, 6-3 victory over Spaniard Daniel Gimeno-Traver.

Hewitt, ranked 43rd in the world, is in the twilight of his career but he reached the semi-finals at Queen’s last year and took little over an hour to dismiss Gimeno-Traver to set up a meeting with Feliciano Lopez or Dusan Lajovic.

“I just felt pretty sharp out there. I have been hitting the ball really well in practice. It didn’t take me long to get on the grass and feel comfortable,” Hewitt said.

“I’d love to win a fifth title here. I love coming back here. I just love the surroundings.

“The setting today was a fantastic crowd for a first day at Queen’s. It was a really good atmosphere out there.”

The 33-year-old former Wimbledon champion was joined in the second round by fellow Australians Tomic and James Duckworth.

It was Tomic’s first ATP main draw win in nearly five months, but he admitted it was a barely-deserved success after Smyczek, ranked 106th, served for the match at 5-4 in the third set.

“I should have lost that. You can play like crap for the whole two sets and then you can find three, four points and you can win the match. It’s just strange,” Tomic said.

“It was good to win, but like I said, very rarely you’re going to get out of a match like that when a guy is serving at 5-4 in the third set.

“But if you can win a match like this when you don’t play well, it’s very good for the confidence.”

Next up for Tomic will be Radek Stepanek or Mikhail Kukushkin, while Duckworth faces a daunting clash against Czech second seed and former Wimbledon runner-up Tomas Berdych.

Melzer is ranked 51st in the world, while Evans is languishing down at 139.

But the British number two fired an ace to win the final-set tie-break and will face seventh seeded South African Kevin Anderson in the second round.