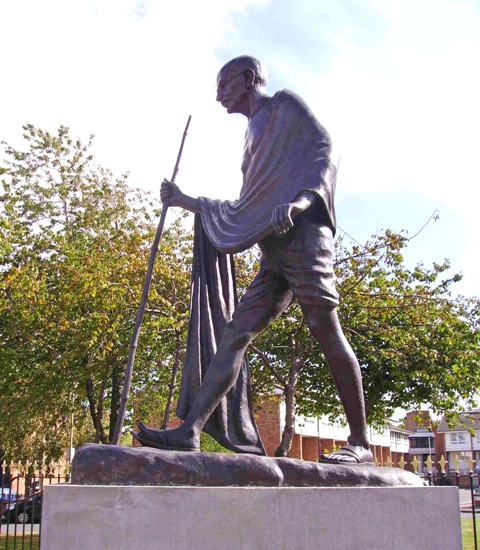 London: A statue of Mahatma Gandhi has been vandalised in the UK city of Leicester apparently protesting the 1984 Operation Bluestar military raid on the Golden Temple, the holiest Sikh shrine.

Graffiti saying “Never forget 84” and “We want justice #84” has been sprayed on the base of the statue in Leicester’s Golden Mile.

Police are investigating after the vandalism was discovered on Saturday, BBC reported.