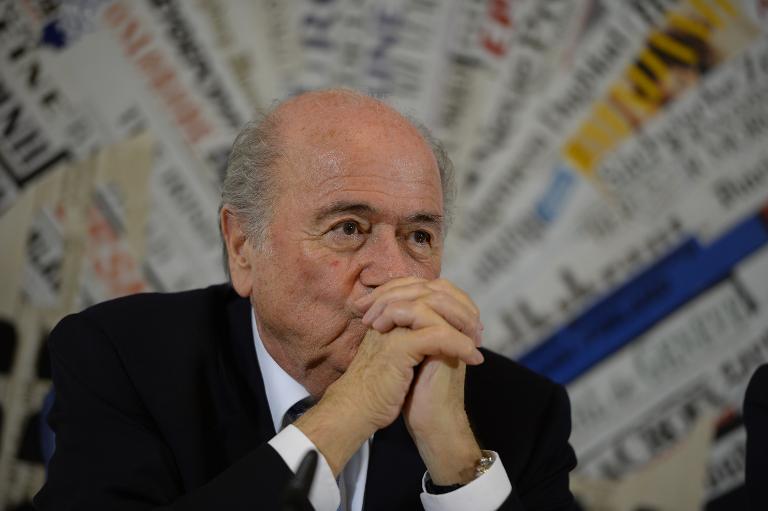 The 64th FIFA Congress starts on Tuesday with all eyes on president Sepp Blatter as football confronts its biggest corruption scandal over the 2022 World Cup in Qatar.

Five of FIFA’s biggest sponsors — Hyundai, Coca Cola, Adidas, Sony and Visa — have all called for a proper investigation of alleged wrongdoing in the 2022 bid process.

Blatter, 78, is expected to use the football summit on the eve of the Brazil World Cup as a platform to announce that he will seek a fifth four-year term in the multi-billion dollar sport’s most powerful job.

But his pronouncement is likely to be overshadowed by fallout from allegations that a former Qatari football boss paid more than $5 million in bribes to get support for Qatar.

Qatar has strongly denied any wrong doing and insisted that the official, Mohamed Bin Hammam, had no role in its bid campaign.

Amid calls for a re-vote, FIFA investigator Michael Garcia was to finish his inquiry into the 2022 vote and the 2018 bid contest, won by Russia, on Monday.

Garcia is to speak at the Congress about his work, but his report will not be handed over to the FIFA adjudicatory chamber until mid-July, when the World Cup final is held.

Their public concerns will be a worry to Blatter and FIFA’s other top leaders.

Adidas in particular expressed concern on the impact of the allegations on football’s image. Sony said the accusations have to be “investigated appropriately.”

“We are confident that FIFA is taking these allegations seriously and that the Investigatory Chamber of the FIFA Ethics Committee will conduct a thorough investigation,” Hyundai said.

He said the sponsors “have 100 percent confidence in the investigation currently being conducted.”

Experts said FIFA must now act to clean up the World Cup bidding following the statements.

“It reflects worries that the value of (the) World Cup itself could be harmed,” said Munehiko Harada, professor of sports management at Waseda University.

“It’s difficult to see what political moves are taking place behind the scene. But now the corporates have spoken, FIFA will have to respond,” Harada added.

Qatar beat the United States, Australia, Japan and South Korea to the 2022 tournament, despite a FIFA technical report which warned the searing temperatures during June and July posed a health risk.

Allegations of underhand tactics have surrounded Qatar’s 2022 campaign ever since.

Qatar and FIFA have faced increased pressure since The Sunday Times reported new allegations that bin Hammam, a former head of the Asian Football Confederation, paid more than $5 million (3.6 million euros) in bribes to win support for Qatar’s bid.

The seismic impact of the Qatar case could spill over into the battle for the FIFA presidency.

The biggest challenge to any re-election bid by Blatter is likely to come from Michel Platini, the French chief of European football’s governing body UEFA.

Platini has said he will only announce in the weeks after the Congress whether he will stand, and it will depend on Blatter’s announcement.

So far only one man, France’s Jerome Champagne, 55, the former deputy secretary-general of FIFA has announced his candidacy, although his chances of victory are seen as slight.

It means that the race for the top job in world football could come down to a shoot-out between Blatter and the 58-year-old Platini.

He has sought to assuage the outcry over Qatar by stating that a fresh vote for the 2022 tournament should be held if the corruption allegations are proven.

Blatter, who is believed to have favoured the United States’ bid for 2022, has meanwhile refused to shut the door on a possible re-vote saying that a decision would only be taken after Garcia’s report had been reviewed.