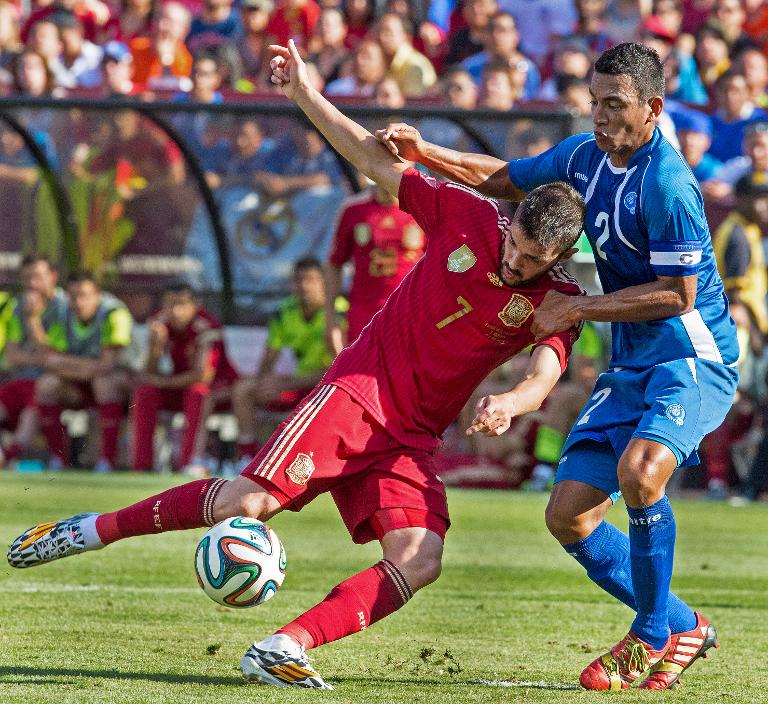 Defending champions Spain leave for Brazil optimistic about their chances of a repeat triumph and undaunted by Friday’s opening game against the Netherlands in a rematch of the 2010 World Cup final.

“We don’t have any fear. But we do have respect,” Spain manager Vicente del Bosque said. “They are runner-up from the last World Cup so we have full respect for Holland.”

After the Spaniards kick-off their World Cup Group B campaign on Friday against the Dutch in the flashback to their stormy final four years ago, they face Chile and Australia in later first-round matches.

“We’re very optimistic after our training and two friendly matches,” del Bosque said. “We are meeting our expectations. We are confident heading into the World Cup.”

Del Bosque also said injuries which have sidelined stars such as France’s Franck Ribery and Colombian Radamel Falcao would not detract from the World Cup.

“That’s not going to diminish the World Cup from being a great event.”

David Villa, Spain’s all-time goals leader, lifted his total to 58 with two goals to give his side a 2-0 win over El Salvador.

Coming into Brazil as defending champion brings only a sense of pride for Spain, now the target for 31 rivals trying to dethrone them.

“It’s important but it doesn’t give you any advantage or something like that,” Villa said.

“I’m proud of having done it and (I’m going) to work to try to repeat it.”

Del Bosque saw some areas he wanted to improve upon after the El Salvador match, as his rivals played a defensive style that took until the 60th minute for Spain to crack open for a goal.

“We always want to be on the attack and to control the pace of the game.”

Spain does not expect similar defensive-minded tactics from World Cup foes, but del Bosque said the victory shows the players are ready to overcome it if necessary.

“That’s not what we expect in the World Cup but if we do see that, we’re always looking to find space and make the initiative and be attacking the ball,” he said.

One area that drew top marks from del Bosque was defence.

“We worked well as a defensive group considering we haven’t had a lot of work with the whole group,” del Bosque said. “I was pleased with our defence.”