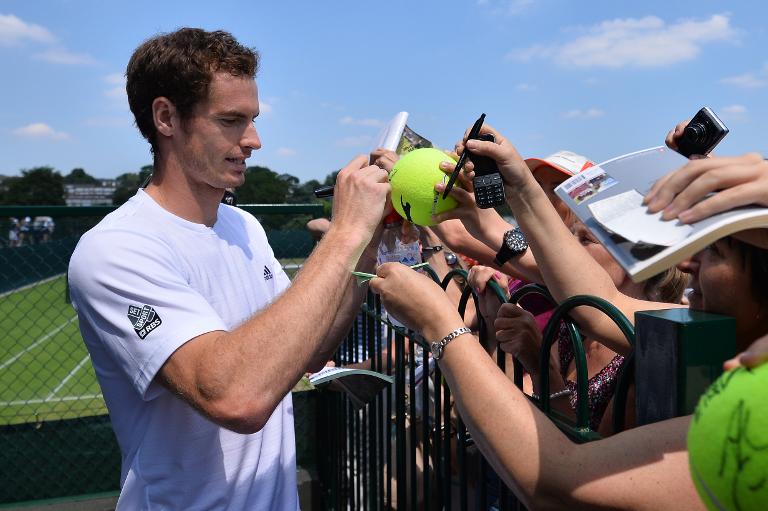 Defending champion Andy Murray could face Australia’s Bernard Tomic at Queen’s after the draw for the Wimbledon grasscourt warm-up event was announced Sunday.

Murray, who last year became the first Briton to win the men’s singles at Wimbledon since Fred Perry in 1936, has a bye in the first round.

But the third seed could face either Tomic or Radek Stepanek in the third round, if he gets past the winner of Paul-Henri Mathieu or Aljaz Bedene.

Murray will be looking to bounce back from his crushing 6-3, 6-2, 6-1 loss on clay to world number one Rafael Nadal in the semi-finals of the French Open in Paris.

Queen’s top seed Stanislas Wawrinka also gets a bye, along with the other top eight seeds, but would face the 2006 Wimbledon semi-finalist Marcos Baghdatis if the Cypriot gets past Bradley Klein in round one

Also featuring in Murray’s half of the draw is Tomas Berdych.

The Czech Republic world number six will face a second round contest with Dudi Sela if the Israeli comes through his first round match against a qualifier.

Former Queen’s finalist Jo-Wilfried Tsonga is in the top half of the draw with Wawrinka and could face the young Austrian prospect Dominic Thiem in the second round if he defeats the Belgian David Goffin.