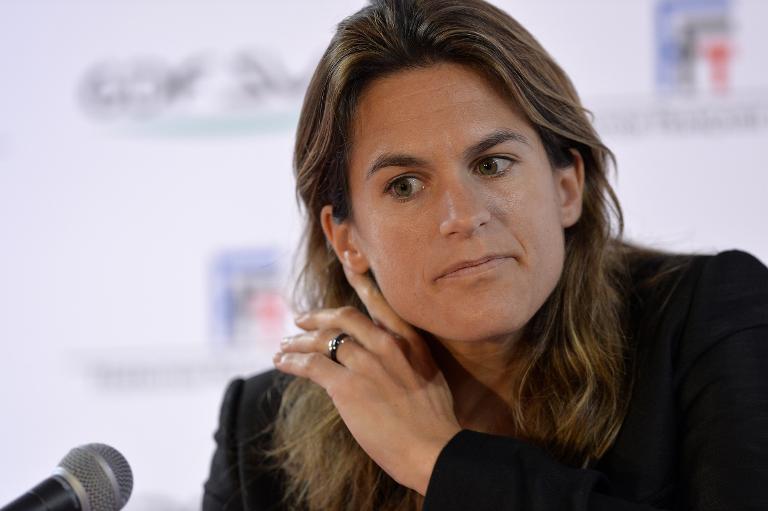 Amelie Mauresmo insists Wimbledon champion Andy Murray’s surprise decision to hire her as his new coach should be applauded as a major boost for gender equality in tennis.

Murray on Sunday announced the Frenchwoman will coach him during the grasscourt campaign, starting at Queen’s this week ahead of his Wimbledon title defence from June 23.

The 27-year-old Scot will become one of the very few male players to be coached by a woman and the only one among the world’s top 10.

Mauresmo, a former world number one who won Wimbledon in 2006, knows Murray’s decision will be closely scrutinised by a sport which for years rewarded men with greater prize money than women.

The issue of sexism in tennis came to the fore again during the French Open when Latvia’s Ernests Gulbis, a semi-finalist at the tournament, claimed he didn’t want his sisters to follow him into the sport because “they need to think about family and kids”.

In such a climate, Mauresmo is adamant Murray, who was coached by his mother Judy at the start of his career, has advanced the cause of women in sport with such an enlightened appointment.

“I guess it is a big story to write on and a step forward. It was a little bit of a surprise to be honest, yes,” Mauresmo said.

“But, you know what? Honestly, it’s not my big concern right now. I’m happy about this new challenge.

“It’s a professional goal for me. This is what I’m interested in. I have to live up to this challenge.

“I want to help Andy. It’s the only thing that I have in mind right now.

“I’ll dedicate all of my energy and focus on this, and then if we can manage to change the situation, that’s a good thing.”

– Mauresmo to draw on experience –

Mauresmo coaches the French Fed Cup team and has previous experience of coaching a male player after a spell with compatriot Michael Llodra in 2010.

She also helped out as Marion Bartoli’s part-time coach when she won Wimbledon last year, but it still came as a surprise to her when Murray called to ask if she was interested in a role vacated by Ivan Lendl in March.

He decided to go with her in part, she believes, because she may be able to help with the emotional demands of being a top player.

“We all know his mother was a big part of his tennis career. I think he’s maybe looking for something different, about emotions and sensitive things,” she said.

“I have watched him play many times but in the past we didn’t really talk more than just greeting each other and stuff.

“Andy contacted me a few weeks ago and we started to talk about this possibility to work together.

“Then we talked again a little bit more about how to do things about his game. We came up with the will from both sides to give it a shot.”

The eyes of the tennis world will be on Mauresmo and Murray over the next few weeks and the Frenchwoman revealed there is a good chance the partnership will continue beyond Wimbledon.

“We have already talked about this. It won’t be the whole year, not as full time, but a significant amount of weeks that we have agreed on and should be good for everyone,” she added.

For his part, Murray refused to be drawn on the social significance of the move, instead preferring to look forward to the fresh challenge of working with Mauresmo.

“I think we will communicate well together, and that’s a very important part of coaching.

“I obviously worked with my mum for a long time and it doesn’t feel like a very different thing. I wasn’t paying my mum though.

“It’s exciting, something a bit fresh and hopefully it works well.”