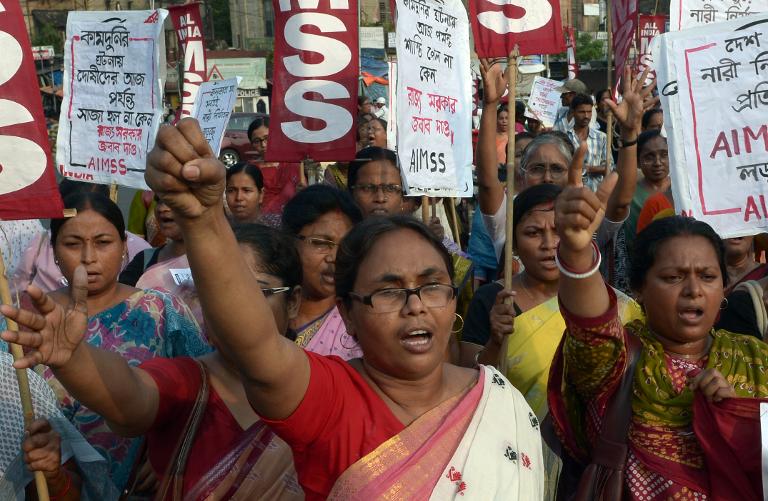 A minister from Indian Prime Minister Narendra Modi’s ruling party has said rapes happen “accidentally” in the latest controversial remarks by a politician, amid renewed outrage over attacks against women.

Ramsevak Paikra, the home minister of central Chhattisgarh state who is responsible for law and order, said late on Saturday that rapes did not happen on purpose.

“Such incidents (rapes) do not happen deliberately. These kind of incidents happen accidentally,” Paikra, of the Bharatiya Janata Party (BJP) which also rules at the national level, told reporters.

Paikra, who was asked for his thoughts on the gang-rape and lynching of two girls in a neighbouring state, later said he had been misquoted. His original remarks were broadcast on television networks.

The minister, Babulal Gaur, gave the remarks on Thursday amid growing anger over the gang-rape and murder of the girls, aged 12 and 14, in northern Uttar Pradesh state late last month.

Modi, whose party came to power in a landslide election victory and has pledged increased women’s security, has so far stayed silent over the rapes.

India brought in tougher laws last year against sexual offenders after the fatal gang-rape of a student in New Delhi in December 2012, but they have failed to stem the tide of violence against women across the country.

– Unable or unwilling to counter rape? –

Police said a Malaysian woman, 30, was raped in a car last Thursday in the western state of Rajasthan after a man, whom she had met to discuss business projects, drugged her — the latest in a series of sex attacks on foreigners in India.

“As she came to us, we rounded up the accused and placed him under arrest. We have seized his car and also recovered a pistol from the vehicle,” Amandeep Singh, a senior state police official, told AFP on Sunday.

Earlier this year, a Danish tourist was gang-raped at knifepoint after losing her way in central Delhi.

Uttar Pradesh Chief Minister Akhilesh Yadav has faced severe criticism for his perceived insensitivity over the attacks on the low-caste girls in his state, who were found hanging from a mango tree after being sexually assaulted multiple times.

Yadav’s father Mulayam Singh — leader of the Samajwadi Party — was also the target of public anger in April when he told an election rally that he opposed the recently introduced death penalty for gang-rapists, saying “boys make mistakes”.

Women’s groups have slammed the comments as evidence that politicians were unable to stem sexual violence because they lacked respect for India’s women and were ignorant of the issues.

Politicians also came under fire after the fatal gang-rape in Delhi in 2012, a crime that angered the nation and shone a global spotlight on India’s treatment of women.

Several politicians have sought to blame tight jeans, short skirts and other Western influences for the country’s rise in rapes, while the head of a village council pointed to chowmein which he claimed led to hormone imbalances among men.