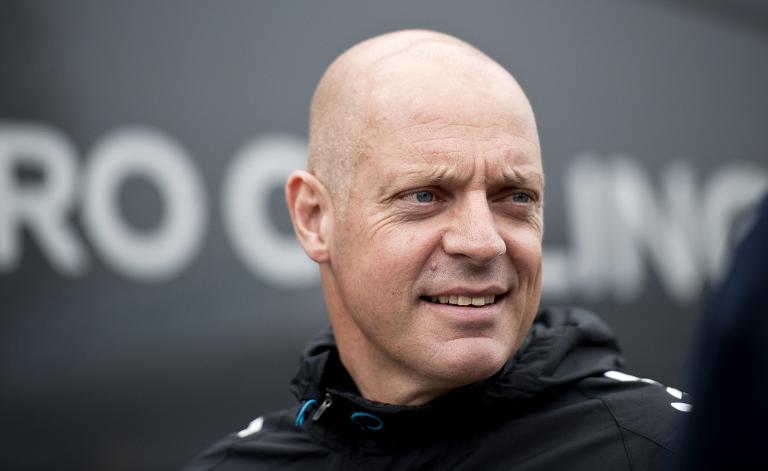 Team Sky chief David Brailsford on Sunday insisted he has yet to decide on his Tour de France squad despite claims from former champion Bradley Wiggins that he will not be selected.

Wiggins won the Tour in 2012 but doesn’t expect to ride alongside team-mate and defending champion Chris Froome when the race gets underway in Yorkshire on July 5.

The 34-year-old is reported to have a strained relationship with Froome and on Friday he said he wouldn’t feature in Team Sky’s nine-man team “as it stands”.

Wiggins appeared to suggest Froome was playing a part in selecting the squad, but Brailsford was quick to make it clear he alone will decide the fate of his riders.

“Despite the impression that might have been created, the team is not yet finalised,” he told the Sunday Times.

“I will be the one making the decision on who is in that team.

“The riders can offer an opinion but they don’t select the team and they never will.

“We knew from last year that my job was to build a team around Chris Froome because he’s the rider most likely to win this year’s Tour de France.

“Trust and harmony are important considerations and it is a difficult decision.

“I’m not just talking about the harmony between Chris and Brad, but harmony amongst all the riders and staff.”

But Froome will lead a Sky’s team at Criterium du Dauphine, which starts on Sunday and acts as the main warm-up event for the Tour, while Wiggins was left out and instead competes in the Tour of Switzerland.

The first signs of cracks in their relationship emerged during the 2012 Tour when Kenyan-born Froome appeared to disobey orders and put pressure on team-mate Wiggins with an attack during stage 11.

Both riders subsequently claimed they had settled their differences, yet Froome sparked more disharmony last week with his new autobiography, The Climb, which referred to Wiggins in 2012 and said: “We rode around him and his moods like he was a traffic island.”