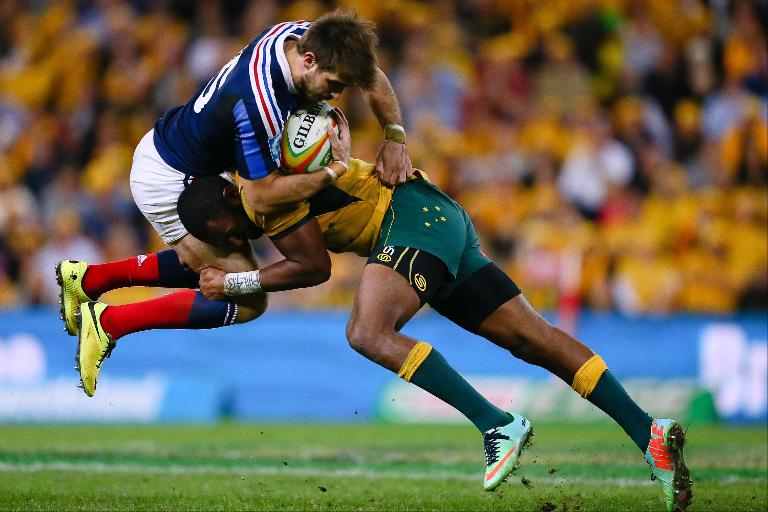 Coach Philippe Saint-Andre on Sunday forecast team changes as France seek to keep their three-Test series alive against the Wallabies in Melbourne next weekend.

Les Bleus were outclassed by a rampant Australia 50-23 in the opening Test in Brisbane on Saturday with the Wallabies scoring seven tries.

France were without a number of key players, including captain Thierry Dusautoir and number eight Louis Picamoles, and Saint-Andre said there would definitely be changes for the second Test.

“We will try very hard in training this week to have a much, much better match in Melbourne,” he said.

Saint-Andre wants more “ferocity and aggression” from his team, particularly given Les Bleus missed 35 tackles in the Brisbane Test.

“We have to work hard on our tackling technique this week,” he said.

“Some new players will start. We will have a team with a better foundation and more experience.

“Yesterday some players showed their limits. At this level, you pay for every mistake.

“I am not the first coach of a team to let in 50 points in the southern hemisphere but this one gives me a headache.”

The French have not won in Australia for 24 years, with their last victory in Brisbane in 1972.

Neither Australia coach Ewen McKenzie nor his players were getting carried away with their big win at Suncorp Stadium.

“They (France) are the one team in the world that can change more than half their team and get a result in the following week,” McKenzie said.

“We’ve seen it so many times it’s not funny.

“They have some heavyweights sitting there on the sidelines.

“It’s not as though we’ll be playing (against) the same team.

“They could come at us in a very different way.”

Wallabies scrum-half Nic White warned that France would take momentum from Morgan Parra’s late try and a penalty try from a scrum disintegration as Saint-Andre rung the changes after trailing 50-9 with nine minutes left.

“It’s a showcase of what they can do,” White said.

“They’re a passionate side and their pride has been stung. They will come out and make up for that.”

“They won’t take that lightly,” he said. “They will come out steaming.”

McKenzie will have to find replacements for skipper Stephen Moore and lock Sam Carter, who were both injured in the Brisbane Test.

Moore will miss the rest of the season with a serious knee injury while Carter was also ruled out of the remaining French Tests with a high left ankle strain.

Moore is expected to be replaced by Tatafu Polota-Nau at hooker and former skipper James Horwill is likely to be promoted from the reserves to replace Carter at lock.