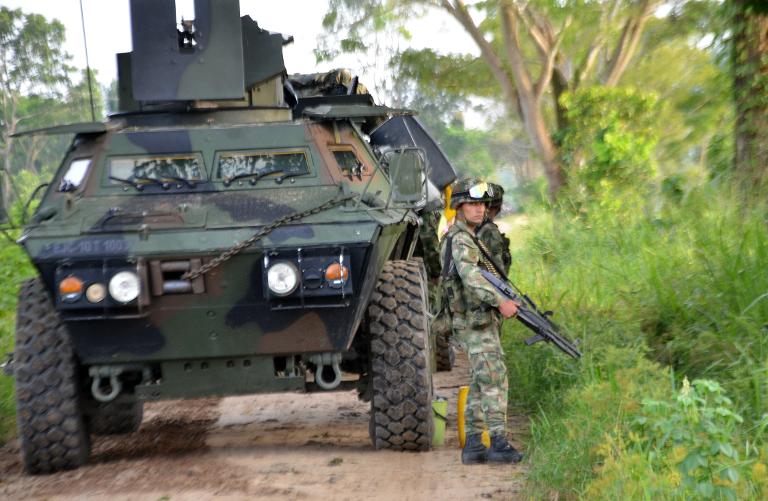 Negotiators trying to end Latin America’s oldest civil war agreed Saturday to set up a truth commission that addresses the deaths of thousands of people in five decades of conflict.

The move is seen as a stride toward a possible peace deal in Colombia.

“What we are announcing today is a historic step forward on the effort to put victims at the center of the (peace) process,” said ex-vice president Humberto de la Calle.

“These principles are unprecedented — never heard of before in Colombia, or in any other peace process,” the leader of President Juan Manuel Santos’s negotiating team stressed at the Cuban-hosted talks.

The Marxist FARC rebels and Colombian government also agreed to recognize victims on both sides of the conflict, as well as address victims’ rights, reparations and safety guarantees.

Preliminary truth commission panel hearings are due to start next month in several locations.

“We are taking the first steps in a process full of thorny issues and enormous misunderstandings,” FARC lead negotiator Ivan Marquez said.

The two sides promised in a joint statement that they would “not be trading blame” at this stage.

The date of the next rounds of peace talks has yet to be announced.

The FARC meanwhile declared a unilateral ceasefire starting Monday ahead of a June 15 presidential runoff pitting Santos, of the center-right, against conservative Ivan Zuluaga.

Talks to end the FARC’s 50-year-old insurgency have been under way since November 2012.

Santos has said he hopes to accelerate the process, but with less than two weeks to go, its future will depend on the outcome of the election.

Zuluaga has said there can only be a peace if the FARC — with an estimated 7,000-8,000 fighters — declares a permanent ceasefire and its leaders go to jail.

Among key issues still to be ironed out are the surrender of weapons by the FARC and how to enshrine a comprehensive peace agreement in law.