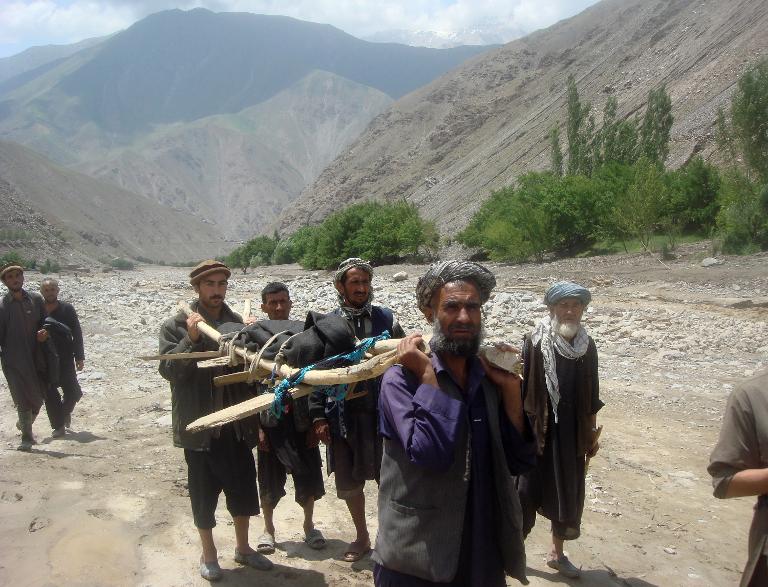 Flash floods have killed more than 70 people in northern Afghanistan, washing away hundreds of homes and forcing thousands to flee, officials said Saturday warning that the death toll was expected to rise.

The floods in a remote mountainous district of Baghlan province come a month after a landslide triggered by heavy rains buried a village and killed 300 people in a nearby region.

The twin disasters highlight the challenges facing underdeveloped Afghanistan’s next leader as the country heads into the second round of the presidential election on June 14.

“There’s nothing left for them to survive. People don’t even having drinking water,” he added. “They urgently need water, food items, blankets and tents.”

Afghan disaster management officials said they were scrambling to get food and medical aid to the area after torrential rains unleashed the floods, which forced thousands of people to flee their houses.

The governor of the province, Sultan Mohammad Ebadi, said the death toll stood at 74, warning that the extent of the disaster was “massive” and that the toll was expected to rise further.

Bodies of women and children were among those recovered from the inundated areas, the National Disaster Management Authority (NDMA) said, adding that scores of people were missing.

“There is a lot of stagnant water, and there are more bodies under the rubble and mud,” Mohammad Nasim Kohzad, head of NDMA in Baghlan, told AFP.”We are still looking for other victims of this flood.”

The governor of the remote affected district of Guzargah-e-Nur confirmed that 74 bodies had been recovered by authorities.

Officials were further assessing the extent of the damage on life and property in the affected area, the deputy head of the National Disaster Management Authority said.

“Our teams have also provided some edibles (food items) and medication to the affected people. More aid will get there soon,” said Mohammad Aslam Sayas.

But Basharat, the Baghlan police spokesman, claimed that the affected families had received no assistance so far from the central government or relief agencies.

Outgoing Afghan President Hamid Karzai in a statement said he was saddened by the loss of life and property in Baghlan province, and directed disaster management officials to dispatch emergency relief aid to affected families.

Last month a landslide triggered by heavy rains buried a village in a remote area of northeast Badakhshan province, killing at least 300 people.

The May 2 disaster left hundreds of families homeless in Argu district of the mountainous province which borders Tajikistan, China and Pakistan.

The floods and landslides follow recent severe flooding that have affected a vast swathe of Afghanistan, particularly northern provinces with 175 people dead and tens of thousands displaced.

Afghanistan is currently voting to choose a successor to Karzai, who has been in power since the fall of the 1996-2001 Taliban regime.