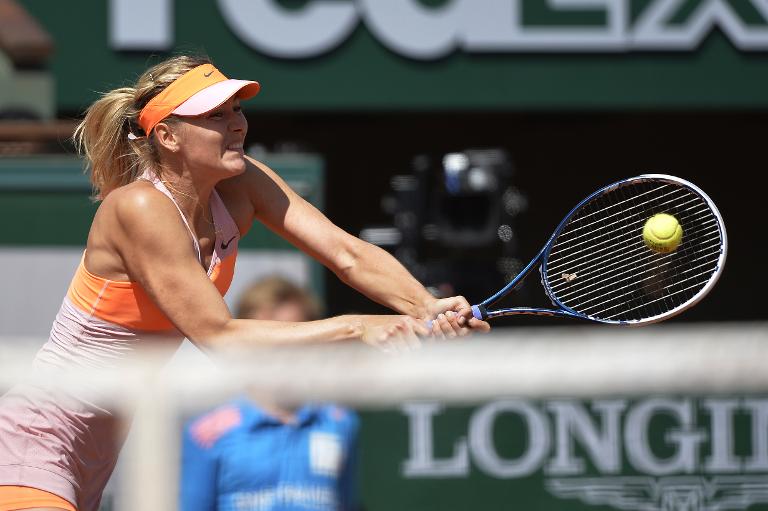 The French Open final on Saturday between Russian superstar Maria Sharapova and Romanian upstart sees a stark contrast in styles and status.

The 27-year-old Russian is the biggest name in women’s sport, a global icon, and the holder of four Grand Slam titles, the last coming in Paris two years ago when she became just the sixth woman in the Open era to complete a career sweep of the major titles.

Halep, an unassuming 22-year-old from the Black Sea port city of Constanta, will be playing in her first Grand Slam final, having struggled, like many before her, to make the transition from junior to senior level.

But all the signs are there for one of the most intriguing French Open women’s finals in years and, many hope, the first to go to three sets since Jennifer Capriati defeated Kim Clijsters 12-10 in the third in 2001.

Halep, who has broken into the top bracket of women’s tennis in the last 18 months, has by far the most impressive figures of the two in this year’s tournament.

She has reached the final without dropping a set, while Sharapova in her last three matches has had to go all the way after losing the first set.

That never-say-die attitude has given the former world number one the remarkable record of winning 19 times in a row on clay when she has had to play a deciding set.

One of those came against Halep the last time the two met in the final of the Madrid Masters four weeks ago when Sharapova came through 1-6, 6-2, 6-3.

Now Halep talks of gaining “revenge” against a player she has played three times and lost against three times, although she admits she is not that sure how to go about it.

“But I have to take that revenge. I will fight for this one. I played a really good match in Madrid first set. I started really well. I was very fast on court, and I opened the angles very well.

“But she came back very, very well and she hit strong, stronger than me at that moment.

“Now, I have to be aggressive again, to play fast, like my style, and to stay there with the nerves. It will be a tough moment for me. I know. I’m sure it will be.”

If Halep’s weapons are speed about the court and variety of shots, Sharapova will, as always, reply on pounding her opponent into the dust with successive haymakers from the baseline.

Having defeated Italian Sara Errani, a similar player in style to Halep, in the 2012 final, she will once again go out to intimidate her opponent with her charisma, determination and weight of shot.

The Russian, a late convert to claycourt tennis afer struggling badly on the surface in the early years of her career, won back-to back titles in Stuttgart and Madrid in the build-up to Roland Garros and she feels confident that she has prepared well enough to go all the way once again.

“I feel I have played a lot of tough matches in this clay season, and I think that’s benefited and helped me because I have been pushed in different situations,” she said.

“I know in some matches I have started out really strong where I have been sloppy in the beginning and I have had to come back. Some have gone really deep in the third set.

“With that in mind and knowing that I’ve got through most of them and winning two titles gives me a lot of confidence.

“That’s something I didn’t have a few years ago, and I have improved. Obviously there is one more to go.”