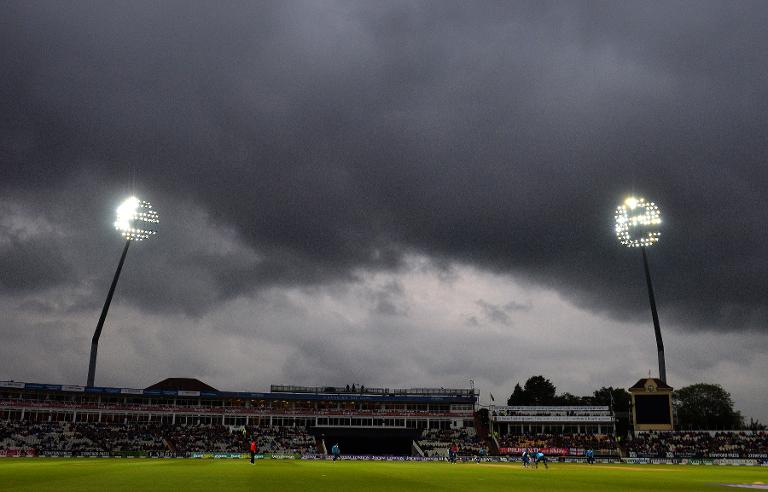 Rain washed out the third day’s play in the tour match between Northamptonshire and Sri Lanka at Northampton on Saturday.

Heavy early morning rain meant the match could not resume as scheduled at 11:00am local time (1000GMT) and, with puddles on the outfield, the umpires abandoned play for the day at 12:10pm (1110GMT).

Play will re-start 30 minutes earlier than scheduled on Sunday at 10:30am (0930GMT), weather permitting.

Northamptonshire were 146 for five in reply to Sri Lanka’s first innings 558 for eight declared, a deficit of 412, at stumps on the second day.

Rob Keogh was 26 not out and Matthew Spriegel 11 not out, with Northamptonshire requiring a further 263 runs to avoid the follow-on.

Dhammika Prasad had been Sri Lanka’s most successful bowler thus far with two wickets for 29 runs in five overs.

This is Sri Lanka’s final match before next week’s first Test against England at Lord’s on Thursday.