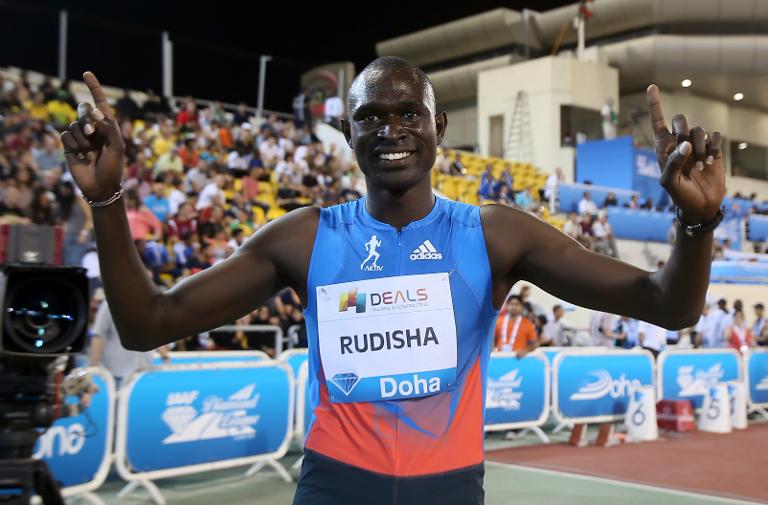 The selectors decided to give both athletes automatic wildcard entries to the July 23-August 3 championships in Glasgow after the duo missed out on the three-day national trials, which ended Saturday, at Nairobi’s Nyayo National stadium.

Olympic champion Rudisha is currently in New York to prepare for his second comeback race, on June 12, after a lengthy knee injury, while Kemboi, who is also a three-time world steeplechase champion skipped the final, citing competition fatigue.

In Kemboi’s absence, former world junior champion Jairus Kipchoge Birech dominated the trials race from gun to tape to finish to win in 8:18.7, with Jonathan Ndiku a distant second in 8:21.2.

“I didn’t want to take any chances after failing to make the qualification in three previous trials,” said the 21-year-old Birech, who arrived in Nairobi straight from his stunning victory in the Rome Diamond League on Thursday.

“I knew the race was all mine to win after Kemboi and Kipruto (Brimin) decided not to compete. I am now prepared to win the Commonwealth Games in Glasgow and also finish top in the Diamond League.”

Two-time world 1500 metres champion Asbel Kiprop pulled out halfway into his race and was left out of the team along with the defending Commonwealth champion Silas Kiplagat, who did not even compete in the trials.

The women’s 1500m was won by Hellen Obiri, who held off Faith Chepngetich on the home stretch for her fourth successive victory of the the season.

“I am going for both the Commonwealth and African titles,” said Obiri, who notched up a season-leading performance in Eugene, Oregon last month. “I am in great shape this season.”

There were also victories for the world defending 800m champion Eunice Sum, who relegated 2007 world champion Janeth Jepkosgei into second place, and Joseph Kitur in the men’s 5000m.

A total of 68 athletes were selected for both the Commonwealth Games and the African Senior Championships in Morocco in August.