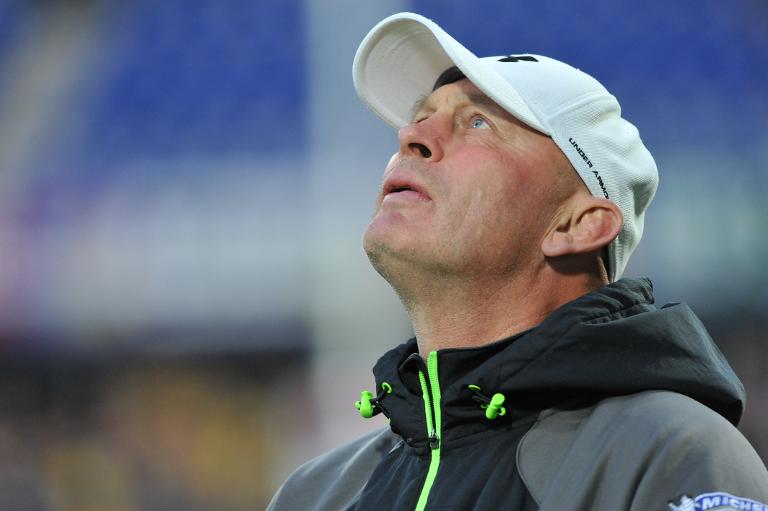 New Zealander Vern Cotter makes his debut as the coach of Scotland’s national rugby union team on Saturday against the United States in Houston.

Three debutants will see their first action for Scotland in the match against the Americans, who will be in the same pool as the Scots in next year’s Rugby World Cup.

“There’s a lot of excitement within the team leading into this test,” Cotter said.

“There are players who are going to earn their first cap for Scotland, and there are those who see this as a chance to stake a claim for the Rugby World Cup squad in 2015, as there are only a certain number of opportunities remaining for players to express and prove themselves.”

For the underdog Eagles, it will be a good early look at where they will need to improve to threaten next year.

“It will be a good preview,” US coach Mike Tolkin said. “We’ll prepare like we do for every international. It’s not going to be anything over the top.”

“We need to look at our options in decision making and game-controlling and Finn has been playing very well of late for Glasgow Warriors. This is a good chance for him,” Cotter said.

“I like what he offers. He seems a composed young lad for 21 who controls games and will obviously grow in this position as he develops.

“Gordon has also impressed with Glasgow. He offers size and mobility and it’ll be interesting to see what he brings to the forward engagement.

“Injuries to Ross Rennie and John Barclay give Blair a chance to compete for the back-row jersey.”

The Scotsmen are 3-0 all-time against the US Eagles, the most recent win courtesy of a 39-15 triumph at the 2003 Rugby World Cup.

While the Americans are ranked eight spots below Scotland at 18th in the world, Cotter is cautious about the challenge they pose in the Texas heat.

“It’s important that we have a very physical approach to the game,” he said. “We’re in for a tough test because they come out quickly in defence to try and stress you, so we’ll have to keep composure under that kind of pressure.”