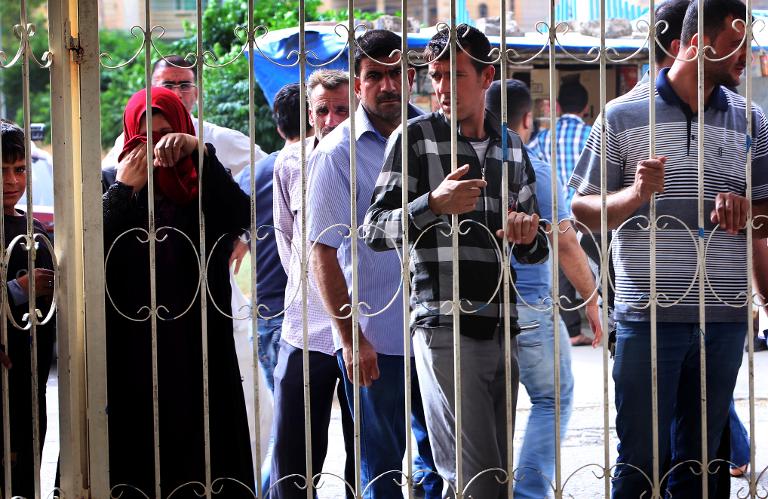 Clashes between Iraqi security forces and militants killed 59 people in Mosul on Saturday, as heavy fighting in the northern city entered its second day, officials said.

The dead comprised 21 police and 38 militants, a police lieutenant colonel and a mortuary employee said.

Fighting broke out in Mosul on Friday morning and continued into the night, while twin suicide bombings targeted a minority group east of the city and soldiers shot dead suicide bombers to its south.

At least 36 people were killed in Friday’s violence in Mosul and elsewhere in Nineveh province.

Saturday’s deadly fighting came as jihadists took students and staff hostage at Anbar University in Ramadi, west of Baghdad, prompting an assault by security forces to try to free them.

Militants have stepped up their attacks in recent days.

On Thursday, militants seized several parts of the city of Samarra, north of the capital, in a major assault that was only repelled after house-to-house fighting and helicopter strikes that left dozens dead.

Violence is running at its highest levels since 2006-2007, when tens of thousands were killed in a sectarian conflict between Iraq’s Shiite majority and Sunni Arab minority.

More than 900 people were killed last month, according to figures separately compiled by the United Nations and the government.

So far this year, more than 4,400 people have been killed, according to AFP figures.

Officials blame external factors for the rise in bloodshed, particularly the civil war in neighbouring Syria.

But analysts say widespread Sunni Arab anger with the Shiite-led government has also been a major factor.