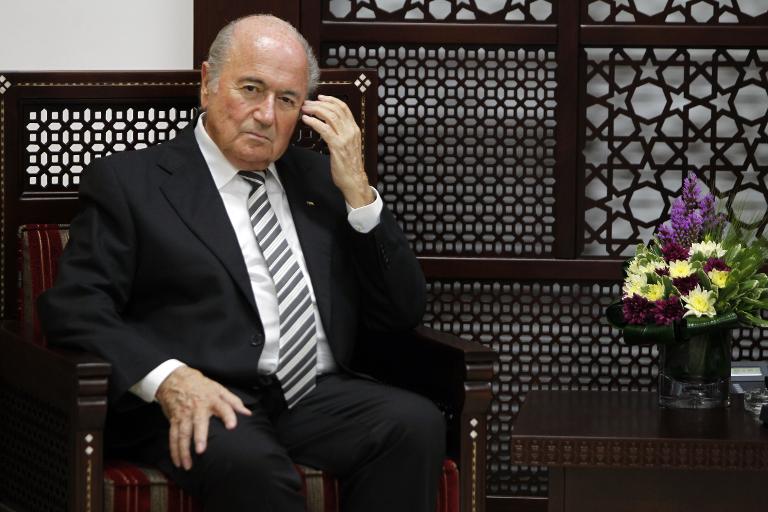 The two are posturing ahead of declaring whether they will stand for FIFA’s leader in an election in May next year.

Blatter is expected to announce at FIFA’s two-day annual congress starting next Tuesday that he will be a candidate for a fifth four-year term.

Platini has said he will announce later this year, after consulting federations, whether to stand for the world body post.

FIFA executive sources said the word has been spread to avoid confrontation at the executive meeting on Saturday and the congress next week.

Accusations by The Sunday Times against Hammam were followed by the Daily Telegraph’s report of a “secret” meeting between the disgraced football official and Platini.

This has made the atmosphere more tense between the Platini and Blatter camps.

“Behind (this), there is someone, something, people who organize all that,” Platini said of the allegations against him in an interview with L’Equipe newspaper.

Platini said he has “no proof” but that he believes “there are many interests at stake, those at FIFA, those who want to be there and those who hope one day to be there.”

In an interview with Swiss television in May, Blatter said he believed there had been lobbying from France for Qatar when it won the World Cup vote in 2010.

Platini has acknowledged that he voted for Qatar in the 2010 vote and that he attended a private lunch with France’s then president, Nicolas Sarkozy, at which senior Qatari officials were present.

But he insists he did not know the Qataris would be at the meeting and that no-one had influenced his vote on 2022.