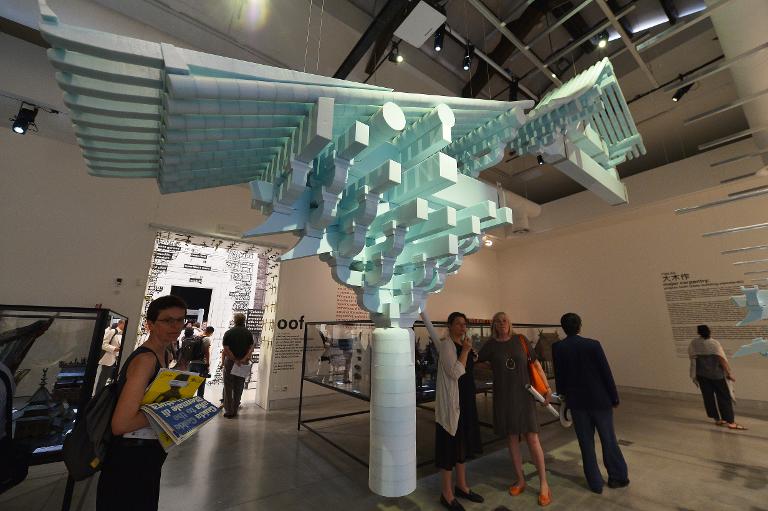 World architects gathered in Venice for the Biennale festival starting on Saturday, bringing together 65 national pavilions and taking up the 3,000 square metres (32,300 square feet) of the Arsenale shipyards.

Dutch star architect Rem Koolhaas, the curator of the giant event which is held every two years, said this “provocative” edition was all about how different countries have adapted to modernity in design over the past 100 years.

“Modernisation is a very often painful process,” said Koolhaas, a winner of the prestigious Pritzker Prize who is known for his unconventional designs and city living theory.

“Somehow every nation in the last 100 years has been forced to modernise itself, and forced to adapt to a condition that is currently dictating the direction of the world,” he said.

Eleven countries including Ivory Coast, Kenya and Turkey are taking part for the first time in a Biennale that Koolhaas said was intended to be more about “research” than presenting a finished product to the public.

The show is made up of three interlocking exhibitions: Elements of Architecture and Absorbing Modernity 1914-2014, both at the Giardini, and Monditalia in the Arsenale — a six-month workshop on architecture in Italy.

Some of the exhibits at the Biennale — entitled “Fundamentals” — are wilfully provocative, like the boring office ceiling with exposed pipework at the beginning of the exhibition, which is suspended under a dome that illustrates the soaring ambitions of architects in the past.

Koolhaas said this was intended to show that architects now are often confined to superficial changes instead of getting involved in the structures of buildings.

Another part of the exhibition brings together replicas of spectacular doorways from different parts of the world, ending up with a gray airport security scanner.

There is also a toilet room featuring a range from the hi-tech Japanese facility to a Roman latrine and different sections with a bewildering variety of walls and windows.

Another part of the show is devoted to Tim Nugent, a World War II veteran from the United States who pioneered an international campaign for access ramps for disabled people.

The Australian pavilion includes a design for treetop homes for environmental activists, while the British part is devoted to the post-war boom in urban planning and features a concrete cow brought from the new town of Milton Keynes.

He said state planning and technical innovation in France had proved a “fruitful” if challenging combination.

“Modern architecture embodied the threat of an existence dominated by machines and repetitive production,” he said.

Koolhas stressed that the festival was about architecture rather than big-name architects.

“It is really ironic : not a single pavilion talks about Mies, Le Corbusier, or any one else. So in that sense, it is perhaps a lesson of the importance of architecture but a lesson of modesty for the big names,” he said.

The Biennale this year will be a blockbuster edition.

Koolhaas has been preparing it for the past two years with a team of 187 people and it will last six months instead of the usual three, running until November 23.