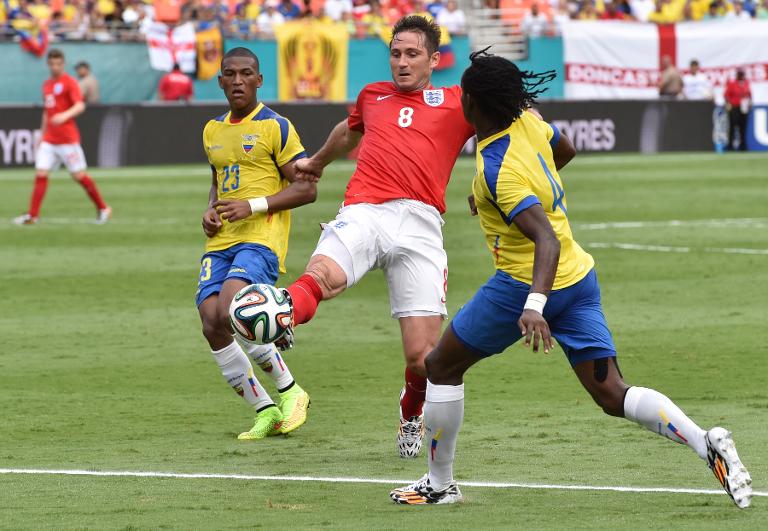 England midfielder Frank Lampard has decided to bow out from international football after the World Cup, according to his former manager at Chelsea, Jose Mourinho.

Lampard, 35, was released by Chelsea at the end of last season and although he is expected to play on at club level, Mourinho believes that the time has come for him to retire from the international game.

“I think the World Cup is the perfect way for somebody with more than 100 caps (104) to finish his career in the national team,” Mourinho said.

“I told him that: ‘Don’t go more than the World Cup. The World Cup is the right moment to finish.'”

Asked if Lampard had accepted his advice, Mourinho added: “Yeah. Finish well and finish around 110 caps is a crazy number for a field player. He’s not a goalkeeper that plays till 40 years of age.

“So (it’s the) right moment. And after that, he will be free just to play for a club and let’s see what is his decision.

“But he’s a man to play a major role in a team, not like happened in the last year — playing sometimes, sometimes not playing, playing 60 minutes, not starting every game.

“I think for him, for his mentality, for his personality, it’s better to get a club and probably a competition where he is really the top man.”

Speaking earlier this week, Lampard suggested that he was yet to make his mind up about whether to retire from international football.

“It’s very hard to get the words out to say that,” he said. “I won’t say it at this point. I’ve never said it before and I’ve had plenty of opportunities to do so.

“Most players finish with England in their low thirties at the most. I’ve had some of my most enjoyable England years in the back end, in the last two years.

“When you’re young you don’t always appreciate being in the squad, the ambience around the squad. That’s why I won’t write myself off yet.”

He has been strongly linked with a move to Major League Soccer in the United States, but Mourinho is convinced that he will ultimately return to Stamford Bridge in some capacity.

On saying goodbye to Lampard, who he described as the best player in his position “of the last decade”, Mourinho said: “You can’t imagine how difficult it was.

“I think only he knows because we spoke — not by phone, in person — but at the same time, I can feel some happiness about the process because for sure he comes back to Chelsea.

“Everybody wants it. (Chelsea owner) Mr Abramovich — the number one, the most important person — wants very much Frank to be back, I want him to be back, the staff want him back, so he comes back for sure.

“It’s not the end of Frank Lampard’s career in Chelsea. It’s just a little break and he will be back, hopefully for many, many years, because he’s one of the most important players in the history of Chelsea.”

Mourinho is working as an analyst for Yahoo! during the World Cup, which kicks off on June 12 when hosts Brazil tackle Croatia in the opening game.