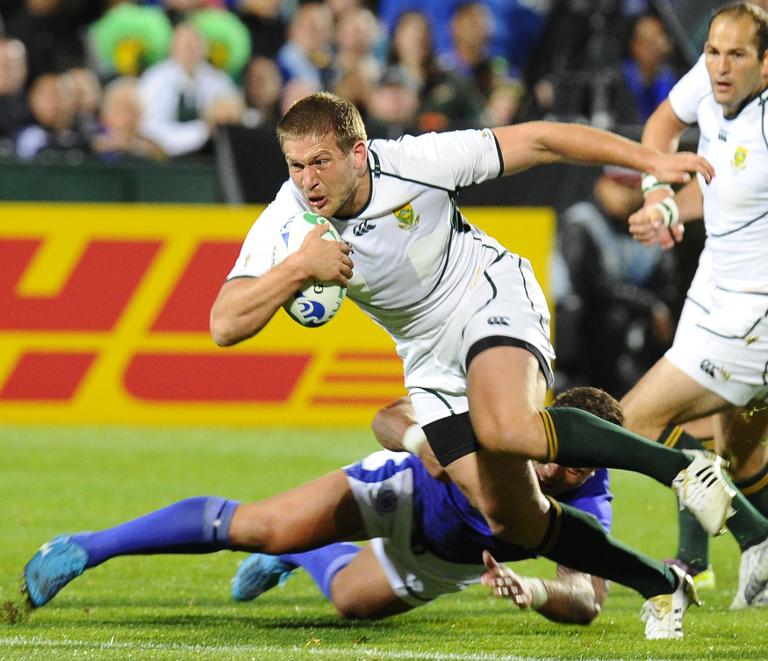 The Springboks will face a star-strewn World XV on Saturday in Cape Town, a side, which on paper at least, presents the injury depleted South Africans with a stern test.

The Boks will be without captain Jean de Villiers, stand-out lock Eben Etzebeth and fly-half Pat Lambie as they face a side containing legends of the game including All Black Carl Hayman.

To plug the injury gap, South African coach Heyneke Meyer has turned to experience — and lots of it.

Thirty-seven year old Victor Matfield will make his return to the international game three years after retiring and has been tapped as interim captain.

“When I decided to return to playing rugby, my aim was to be good enough to make the Springbok team. I never dreamt of leading the team again and it’s a massive honour,” Matfield said.

Prior to this series Matfield had captained the Boks in 17 tests.

“I’m here to serve the team and would like to make a positive contribution.”

He will reunite in the second row with fellow Blue Bull and Springbok veteran, the formidable Bakkies Botha.

The pair have almost 200 Test caps between them.

“If anyone told me two years ago that Victor and Bakkies would play together again for the Boks, I probably wouldn’t have believed it,” said Meyer.

“They have been great servants of the game in South Africa and now have the opportunity to take it further.”

Flanker Schalk Burger will also make a comeback for the national side for the first time in two and a half years after several injuries hampered his return.

New cap 26-year-old Cornal Hendricks, is the only new blood in the team.

The winger was named as his country’s top sevens player last year and recently switched to the 15 man game.

“He’s big and very fast, and hopefully we’ll be able to provide him with some space to attack in,” said Meyer.

The Boks side will be up against a side lead by Australian fly-half Matt Giteau — who is coming fresh off European Cup victory with Toulon.

Aside from Hayman the forwards include English back row forward and European player of the year Steffon Armitage, Ulster back row and perennial Ireland challenger Roger Wilson and sometime-Springbok Juandre Kruger.

One player out to prove a point will be goal-kicking scrum-half Rory Kockott, the Castres player uncapped by the Springboks but who becomes eligible for France in July after three years’ residence.

There is also great depth on the bench with New Zealander Andrew Hore suiting up along with France’s Francois Trinh-Duc.