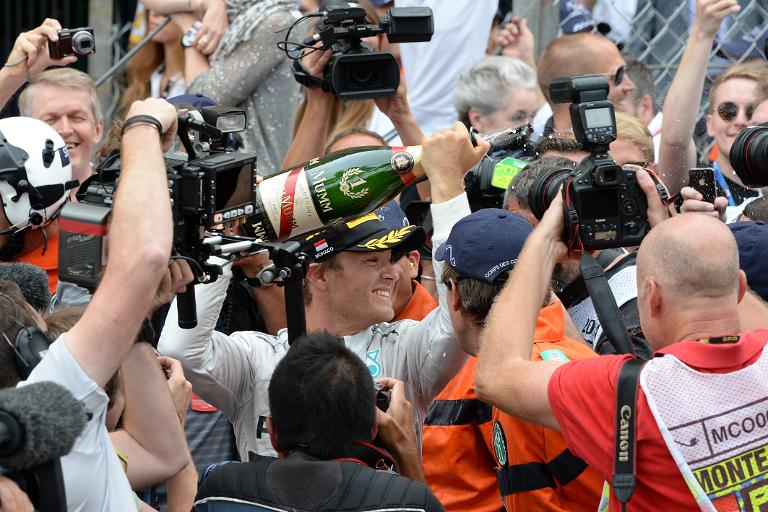 Nico Rosberg is bidding to win his title battle with Mercedes team-mate Lewis Hamilton on the track, not off it, he declared on Friday ahead of this weekend’s Canadian Grand Prix.

The 28-year-old German, who leads Hamilton in the drivers’ world championship, said he had deliberately avoided being dragged into a war of words through the media, during last month’s Monaco Grand Prix.

“I want to win races, so everything I do is focused on that – winning races,” he told reporters at the Circuit Gilles Villeneuve. “At the same time, I understand that you are writing for the fans who are there, and that is the most important thingâ€¦

“And that is why we are racing — so it is a fine line. So, I am here to try to give you some cool stuff, but I want to try to avoid giving things that heat the moment any more unnecessarily.

“I don’t want to compare myself to him (Hamilton), I can say in general that I tend to err towards the rational side, but it is sometimes very difficult in this sport — and in the heat of the moment, of course.”

Hamilton on Thursday said he and Rosberg had â€˜moved onâ€™ following an acrimonious incident in Monte Carlo where the Briton suggested that Rosberg had deliberately gone off-circuit on his final qualifying run to end his team-mate’s hopes of taking pole position from him.

Rosberg was cleared of any wrong-doing following a stewardsâ€™ inquiry, but Hamilton continued to fume over the incident.

Rosberg admitted this week that he is finding it difficult to manage his relationship with Hamilton who on Thursday declared their long friendship was back on track.

The pair have known each other since being teenage team-mates in karting.

“We’ve always had periods where it was more difficult,” said Rosberg. “As a result, we always discuss things and move on — and that is how it has been this time too.

“It hasnâ€™t changed in any way – it is still the same as it used to be, so it’s not different, but of course it is more difficult, that is clear.”