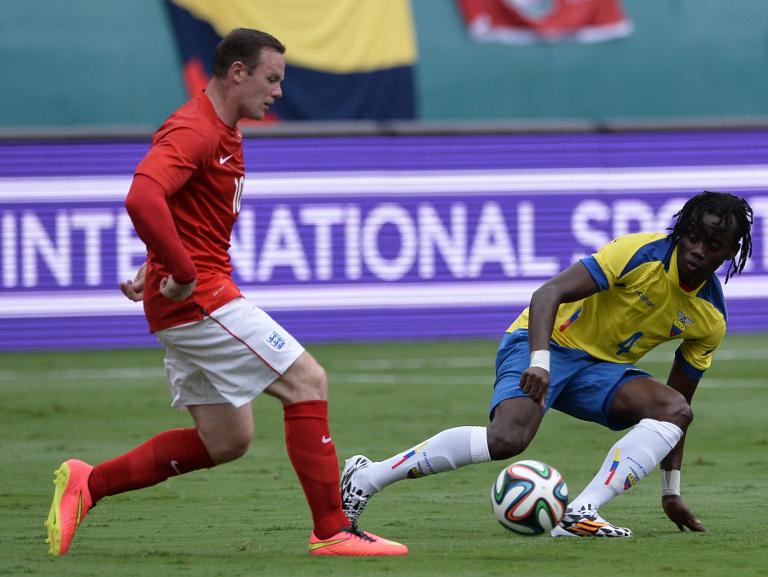 Wayne Rooney says he is ready to play — and in any position — for England as he shrugged off critics of his recent form.

Rooney scored the opening goal in England’s 2-2 draw against Ecuador after starting in a wide left role that he had expressed unhappiness with during his time under Alex Ferguson at Manchester United.

But the England forward was quick to deal with any suggestions that he might have had to be coaxed into that role by England manager Roy Hodgson.

“Obviously pleased to score and get another 60-65 minutes. I felt good you need game time, I was delighted to start the game,” Rooney told reporters.

“I know how to play that role, I’ve played that role many times and I have no problem doing that, he (Hodgson) didn’t have to explain nothing to me,” he added.

“I can play in different positions I’ve proved that over the years, its down to the manager. If the manager wants to play me up top, in behind, left, right, I’ll do that.”

Former Manchester United teammate Paul Scholes recently questioned whether Rooney had peaked already in his career and whether he might face a struggle to start for England in the World Cup but Rooney made it clear that he was not concerned about opinions from outside of the England camp.

Regarding Scholes he added: “He has been a teammate and he has been away from the first team for a long time so he hasn’t seen us….I have seen a lot of people (writing) that he has coached me and been around the team but he hasn’t. I am not really going to react,” he said.

The 28-year-old Liverpudlian was also quick to deal with the suggestion that a late season injury had left him short of full match fitness.

“I’ve come in and trained hard, had no recurrence of the groin strain I had at the end of the season. As I’ve said I would always would have needed the game time. I am ready to play. I am sure the manager will have a tough decision but I am ready,” he added.

England face Honduras on Saturday in their final warm-up game before heading to Brazil where they will open their Group D action against Italy in Manaus on June 14th.