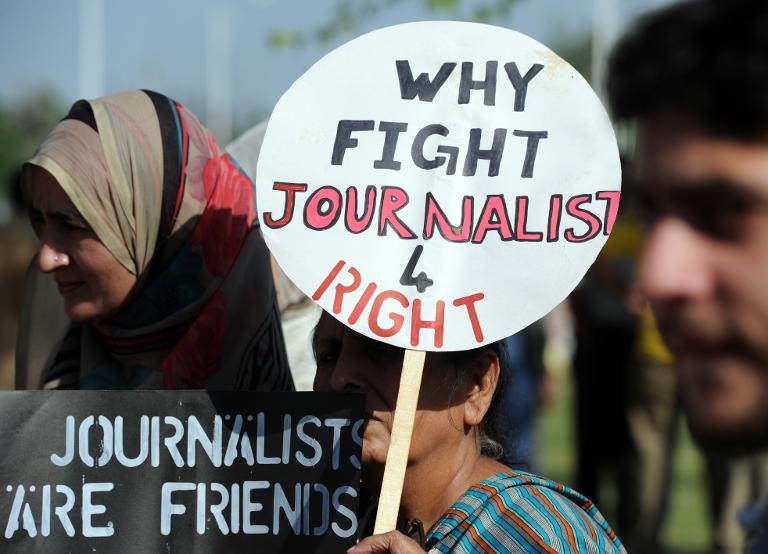 Pakistan on Friday suspended Geo News, the country’s most popular television channel over a row with the Inter Services Intelligence (ISI) spy agency, according to an official statement.

The government’s media regulatory body “unanimously decided to immediately suspend the licence of the said channel for a period of 15 days” besides imposing a fine of 10 million rupees ($100,000), the statement said.

The channel locked horns with the ISI, the country’s top intelligence agency, after a prominent anchor of the television channel was shot in the port city of Karachi in April.

Hamid Mir, a leading Pakistani journalist was shot three times in the attack but survived. His family blamed the chief of the ISI, Zaheer-ul-Islam, for his murder.

The channel broadcast images of the ISI chief along with allegations by Mir’s family members for eight hours, infuriating the military which filed a complaint to the Pakistan Electronic Media Regulatory Authority (PEMRA) seeking Geo’s closure.

Mir has criticised the country’s powerful intelligence agencies and military for their alleged role in the abduction of thousands of people in the restive southwestern province of Baluchistan.