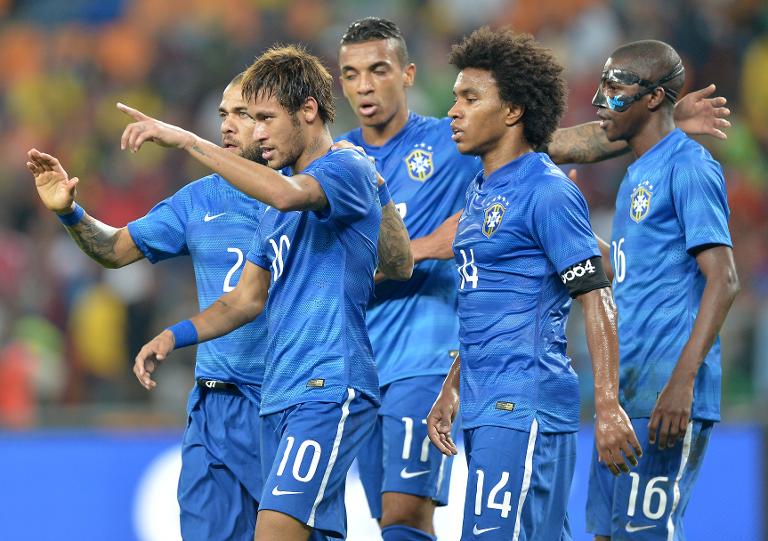 Brazil coach Luiz Felipe Scolari is poised to unleash a full-strength side on Serbia Friday as the World Cup hosts wrap up their final preparations for the tournament.

Scolari, who masterminded Brazil’s triumph in the 2002 tournament, earlier this week ordered his team to sharpen up ahead of Tuesday’s friendly with Panama.

But the emphatic response — a 4-0 victory in over the hapless Central Americans in Goiania — left Scolari far from satisfied.

“I am still concerned. We are getting better — but we know we have a fair way to go,” said Scolari.

It means Scolari is unlikely to rest his first choice side before next Thursday’s World Cup opener against Group A rivals Croatia.

Scolari said that “100 percent of the team who will start the match against Croatia” would start against Serbia.

However there were signs that Brazil’s talented attack appeared to be hitting form at the right time.

Barcelona star Neymar opened the scoring with a delightful free-kick before Dani Alves, Hulk and Willian completed the rout.

The form of Neymar, the star of Brazil’s Confederations Cup win last year, did manage to draw a smile from Scolari.

“Everyone knows Neymar’s talent, but he always comes up with something new to surprise,” he said.

With Chelsea playmaker Oscar given leave ahead of the imminent birth of his daughter, Willian has been handed the opportunity to nail down a place in Scolari’s starting line-up.

Willian, 25, is likely to start again after impressing Scolari in training.

He also excelled in the romp against Panama, producing some defence-splitting passes and long-range efforts on goal before getting on the scoresheet.

Scolari said meanwhile he hoped Oscar’s impending paternity would be wrapped up swiftly.

“I hope his daughter is born by the end of the week so he can be calm and play to the best of his abilities,” he said.

Both skipper Thiago Silva and midfielder Paulinho are also expected to return after being rested for Tuesday’s friendly.