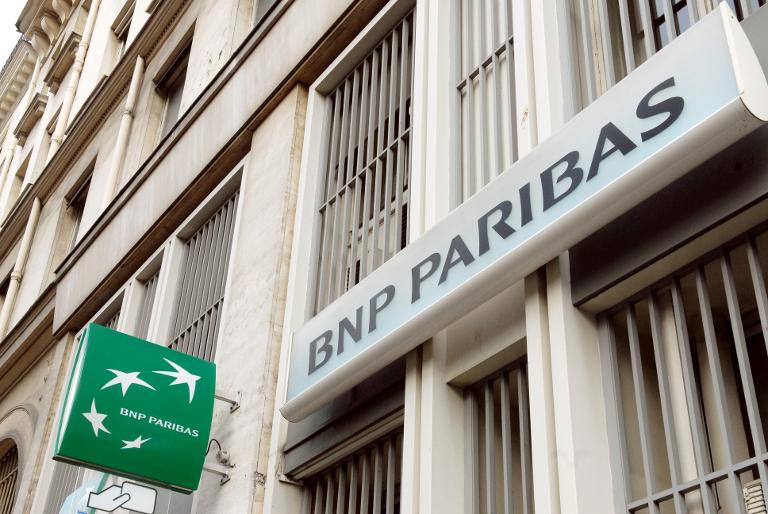 A $10 billion fine that the US is reportedly preparing for BNP Paribas bank for violating sanctions could hurt negotiations on a mega transatlantic trade deal, France warned again on Friday.

Speaking a day after French President Francois Hollande raised the issue over dinner with US leader Barack Obama, France’s foreign minister said the fine could have “negative consequences” on talks over the EU-US pact.

This wide-ranging programme, currently being negotiated, would establish the world’s largest free-trade and investment zone and provide a major boost to the sluggish recovery.

“This treaty, which can be positive for developping trade, cannot exist except on the basis of reciprocity,” Laurent Fabius told French radio when asked about the fine.

“Evidently … this risks having negative consequences,” he said referring to the Transatlantic Trade and Investment Partnership.

France is piling pressure on the United States to reduce the fine it is reportedly ready to impose on BNP Paribas, one of France’s biggest banks, accused of breaking US sanctions against Iran, Sudan and Cuba between 2002 and 2009.

The Wall Street Journal has reported that the fine could exceed $10 billion dollars (7.3 billion euros), and that the bank could also be temporarily stipped of its banking licence.

French officials say that such penalties would be disproportionate.

For similar sanctions busting Dutch bank ING paid $619 million in 2012 and Britain’s Standard Chartered $670 million. HSBC, which was also accused of complicity in money laundering, paid $1.9 billion. None of them lost its banking licence.

Hollande has been pressing the White House on the issue since April, and the chief of France’s central bank is reported to have pleaded BNP’s case with prosecutors in New York.

French officials warn that imposing such a big fine on one of the biggest banks in Europe could destabilise the financial system, cut lending and impede economic recovery, although analysts are sceptical about the knock-on effects.

Fabius said that Hollande had told Obama the case is “very important for Europe and for France” since if BNP Paribas is weakened it would “create a very negative interference in Europe and its economy.”

Before the dinner, Obama made clear that he would not interfere in the judicial process, since to do so would violate judicial independence.

“The rule of law is not determined by political expediency,” Obama said in Brussels.

The interference by French politicians in the case is not being well received by the media in the United States, where the powers of the executive and of judicial authorities are strictly separated.

Although the French are highlighting possible consequences for the trade deal, the other 27 members of the European Union are keen to tie it up because estimates indicate it would generate more than 200 billion euros annually in benefits.

With the eurozone recovery feeble while the US economy is on a secure path, the EU has more immediate need of deal which would cover about 820 million people and more than $1 trillion in annual two-way trade.

Moreover, the supposed size of the fine is not exceptional.

The Wall Street Journal reported on Friday that Bank of America is likely to pay at least $12 billion to settle similar charges.

Analysts say a huge fine would crimp the ability of the bank to lend and with other European banks also facing US probes, officials have warned the threat of penalties could be an added brake on bank lending and the eurozone’s fragile recovery.

“It is worse than disproportionate, it is a systemic risk for which there is absolutely no need in our country, Europe and the world,” he said on French BFM Business radio on Thursday.