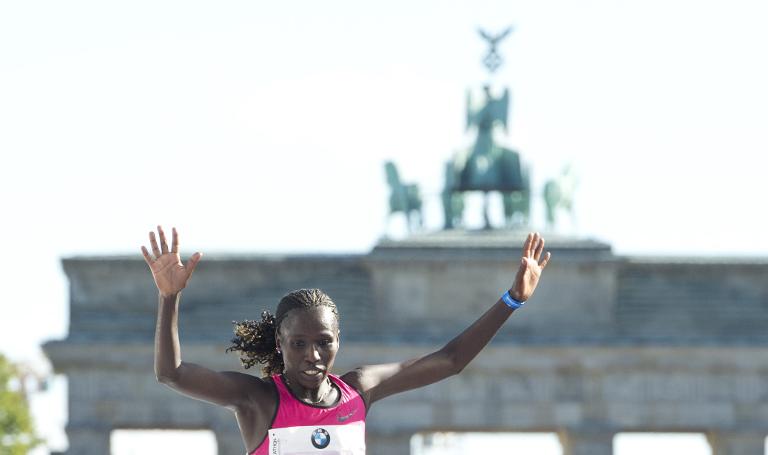 Two-time Berlin marathon champion Florence Kiplagat easily won the 10,000m at the Kenyan trials on Friday to qualify for next month’s Commonwealth Games.

The world half marathon champion clocked 32:30.7 to win the race at the Nairobi Nyayo National stadium ahead of Joyce Chepkirui (32:33.1) and Emily Jebet, who finished third in 32:46.0.

“I am ready to compete in the Commonwealth Games in Glasgow,” said the 27-year-old Kiplagat, who finished second to compatriot Edna Kiplagat at the London marathon last April.

“I feel in great shape this time – the more I compete, the better I get.”

While Kiplagat celebrated her winning return, it was a complete disaster for the Olympic 800m bronze medallist Timothy Kitum, who trailed home third last and failed to reach the finals scheduled for Saturday.

The 19-year-old former world junior silver medalist has struggled to hit form since that epic Olympic race in London, where fellow Kenyan David Rudisha set a punishing pace on the way to a new world mark of 1:40.91.

“The performance in London left me under a lot of strain that I am yet to recover,” said Kitum, who has just graduated as a Kenyan army recruit.

“Maybe next year I will back to compete at the top level again.”

In the absence of Kitum and Rudisha, who is away in New York, Ferguson Rotich, the 2013 world championship semi-finalist leads seven other qualifiers into the final on Saturday.