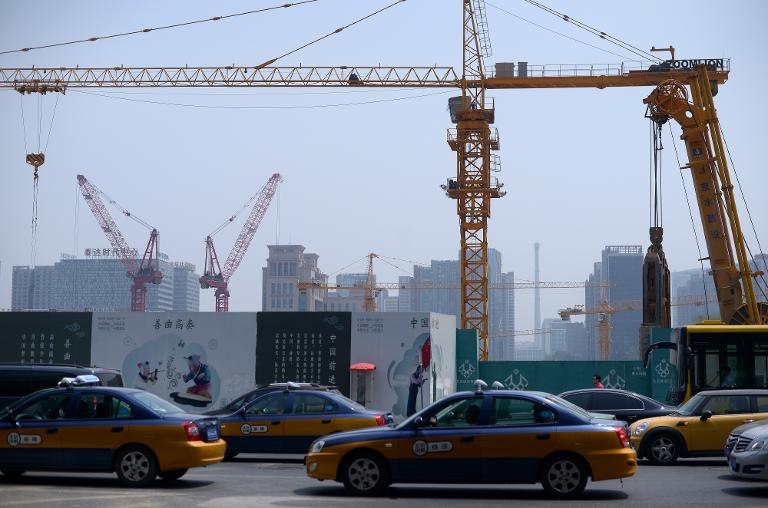 China’s economy will moderate over the next few years as Beijing looks to rebalance it, the World Bank said Friday, but it warned of risks from local government debt, a cooling real estate sector and an uncertain export recovery.

The bank’s Economic Update on China comes amid fears the Asian giant and driver of global growth is slowing too much, as the leadership looks to pivot towards private, domestic demand from a reliance on big-ticket government investment projects.

“China’s growth will continue to moderate over the medium term, and the structural shifts will become more evident,” it said.

The report pointed out that the world’s number two economy had shown signs of picking up in recent months thanks to government support measures, robust consumption and improving foreign demand, adding the recovery is likely to continue into the next two quarters.

The Washington-based lender forecast growth of 7.6 percent this year, unchanged from its April estimate but lower than China’s actual growth of 7.7 percent in 2013. Beijing’s own target for this year is 7.5 percent.

However, it said there were dangers down the road, including from a disorderly deleveraging of local government debt, which could potentially trigger a sharp slowdown in investment — a key driver of the economy.

There were also problems facing the cooling real estate sector and and the export sector, the report added.

It noted that the latest estimate by the National Audit Office of local government debt and contingent liabilities in mid-2013 was 17.9 trillion yuan ($2.9 trillion).

That is 31.3 percent of the overall economy last year and compares with 10.7 trillion yuan at the end of 2010, the report said.

“While the debt stock is manageable, the growth of local government debt at a yearly rate of around 20 percent in 2010â€“13 is a major concern, and some subnational governments may be overdebted,” the Bank said.

Regarding the property market the Bank said: “In some municipalities, a decline in real estate activity has started to put pressure on land-lease revenues, which still average more than half of local government revenues.

“A sharp slowdown in growth in some sectors, particularly real estate, or abrupt changes in the cost of capital could generate debt-service difficulties for local governments and the corporate sector, triggering an increase in nonperforming loans that would limit banksâ€™ lending capacity,” it said.

Home prices in major Chinese cities posted their first monthly decline in nearly two years in May, according to a survey by real estate website operator Soufun.

Analysts point to factors including oversupply, stringent bank loan criteria, expectations of falling prices, and financial trouble among developers as reasons behind the market slowdown.

While the report kept its growth forecast for this year and next intact, the Bank lowered its 2016 estimate to 7.4 percent from the 7.5 percent predicted in April.

Beijing, faced with calls to support the economy, has said it will not introduce a huge stimulus like that seen during the financial crisis but has introduced a number of measures to spur growth, including lowering the amount of cash bank must hold as reserve.

It has also announced a basket of other measures including more financial support for small companies and targeted infrastructure outlays, but has so far refrained from more aggressive steps such as interest rate cuts, citing worries about excessive credit.