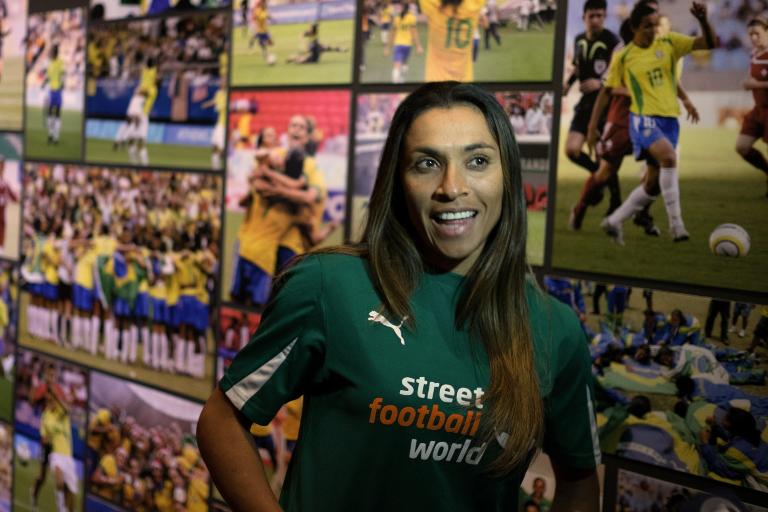 The five-time world player of the year also told AFP in an interview that more women must be allowed to follow the example of Helena Costa, the Portuguese who recently took charge of a French professional men’s team.

Marta Vieira da Silva, 28, better known as just Marta, said that only FIFA could answer the question why women have not been allowed to officiate World Cup matches.

“In many other competitions, there have been women referees and there has never been a complaint. They have always performed very well,” Marta said.

“I hope that for the next World Cup, FIFA will think more and give a chance to women,” added Marta, who appeared at an Equality in Football event in Rio de Janeiro, where the World Cup final will be held on July 13.

Women have officiated as assistant referees in English and German top-flight games, but rarely on the international stage in men’s competitions.

Costa has led a gender breakthrough in coaching men’s football teams though, after being named as boss of French Ligue 2 side Clermont last month.

“If a women is competent, I believe it does not matter if the team is male or female,” Marta said.

Costa “should be judged by her record and not as a woman,” added the Brazilian, who plays for Swedish side Tyreso.

Clermont have taken an “important” step in naming a woman coach, Marta said. “Let’s hope that other women get there, that she is not alone. There are a lot of women who know a lot about football and are not just players.”

Meanwhile, Marta said she did not have the patience to coach her native Brazil.

“I get a bit stressed out. But I wouldn’t rule it out. I have already said that when I stop playing, I want to continue in football.”

Marta is known as ‘Pele In A Skirt’, a nickname she said she does not mind.

“It is good to be compared with the biggest (football) idol of all time. It is an honour for me, without a doubt.”

Marta is one of the official ambassadors for the World Cup in Brazil and she is crossing her fingers that widely publicised stadium delays and feared protests do not taint the event.

“All these delays, in a way, should have been expected,” she said.

“But I hope that the Brazilian people will take advantage of this moment to savour our biggest passion in a peaceful way, with a lot of joy, a lot of emotion, and give a positive image to other countries.”