Yes, the slain militant was an educated civilian of this country till January 2018. Yes, he was pursuing his doctorate from Aligarh Muslim University. Yes, he was just another common citizen of India.
Till, he decided to tread the path of no return. A path of destruction, inhumane acts, murder and contempt of life. 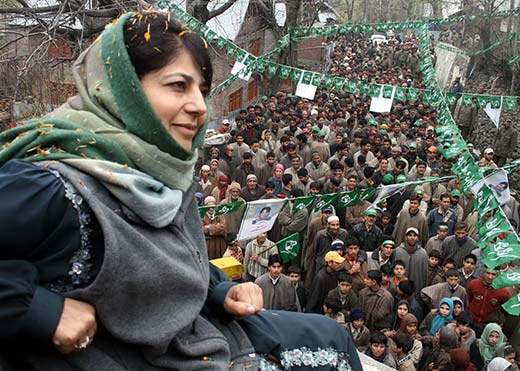 Does this militant’s death need remorse then? When former CM of J&K, Mehbooba Mufti, tweeted that ‘today a PhD scholar chose death over life & was killed in an encounter. His death is entirely our loss as we are losing young educated boys every day’, it stirred up a hornets’ nest.

Can a politician give out statements that can spark debate and create confusion in the minds of people? Post the tweet, many have termed it as a ‘tribute’ with a positive undertone and in favour of the killed militant. Some others, who understood the ‘real’ meaning behind the tweet, supported the fact that a flawed system is letting educated men get attracted towards terrorism.

The real question here is – why have this confusion at all, especially when the matters are as delicate as militancy or Indo-Pak relations. A politician holds a chair of responsibility and hence they have to be measured in their responses, accurate in their talk and mindful of the impact their views have on the people of this country.

Mehbooba Mufti could have avoided this controversy. While her emotional thought wasn’t wrong, the usage of words, timing and framework wasn’t quite correct. This time at least.