External Affairs Minister S Jaishankar has spelt out the roadmap for India’s foreign policy going forward in no uncertain terms.

In his maiden address to the United Nations Security Council on Tuesday, he urged the international community to desist from making false distinctions between “good or bad” terrorists and gave a clarion call for a “zero tolerance” approach against them. 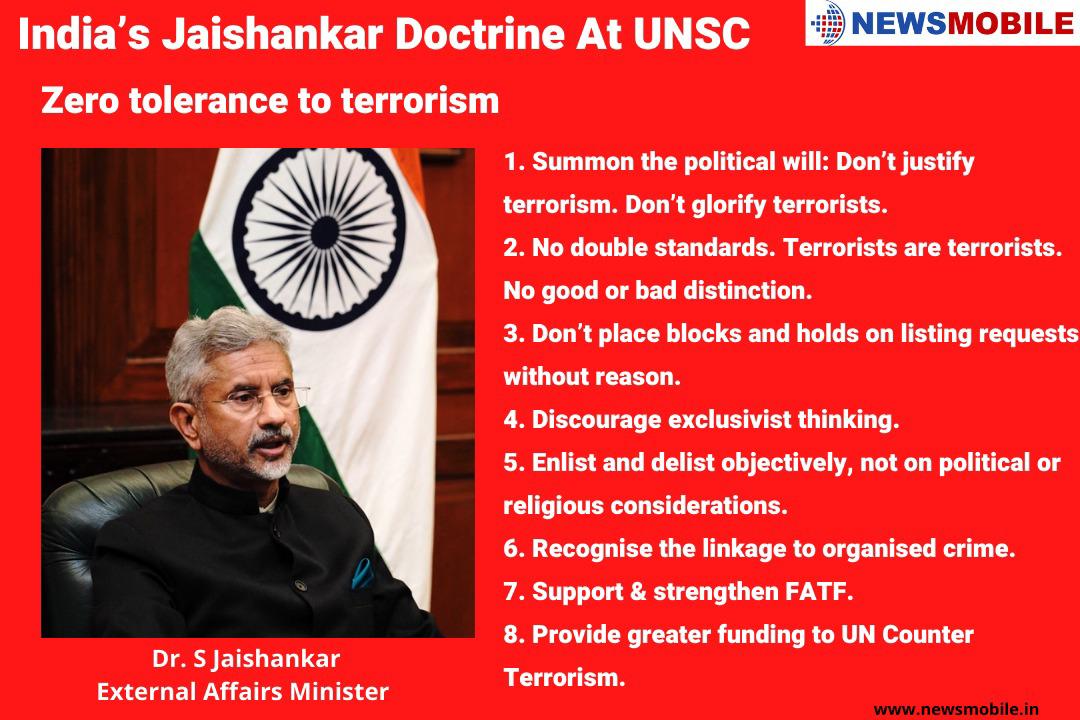 In the same breath, he also criticised China and Pakistan for dilly dallying on the process of designating individuals and entities as terrorists and showering them with “5-star treatment”.

Making India’s position clear in its fight against terrorism, he also sent out a message loud and clear to Pakistan and China regarding aiding and abetting terrorism.

That fight against terror will remain India’s top focus going forward is now clear to Pakistan and its friend China as well.