Home NM FACT CHECKER Fact Check: Is This Picture Of An Indian Soldier Martyred In 1965... 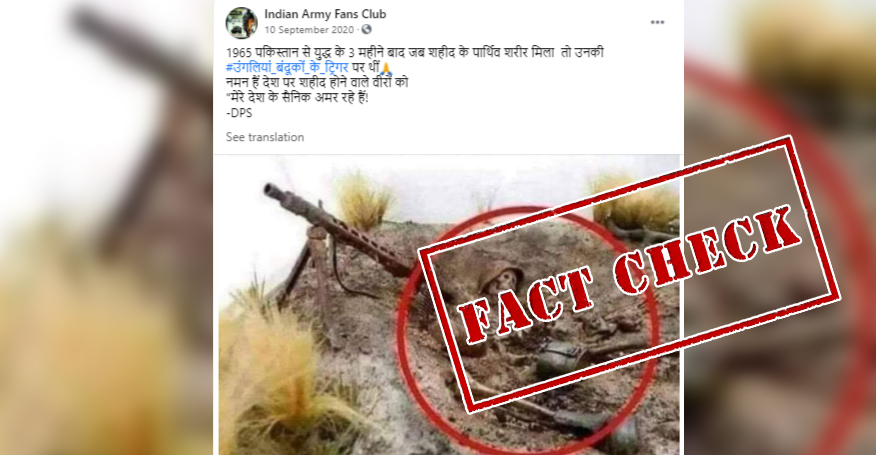 A picture of a skeleton is being shared on social media with a claim that it is of an Indian soldier whose body was found months after the 1965 war and even then, his fingers were on the trigger of his gun.

(Translation: 3 months after the 1965 war with Pakistan, when the dead body of the martyr was found, his #fingers were on the trigger of guns Salute to the martyrs of the country. ′′ Soldiers of my country are immortal!) 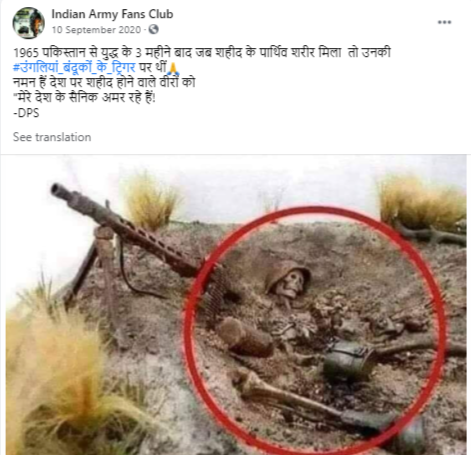 While looking for similar posts on Facebook, we found that the same picture was shared by another Facebook user in 2018 with a claim that the picture is of a Turkish soldier. 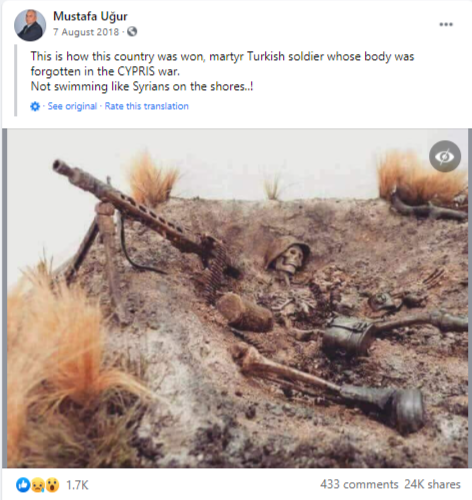 When we ran a Reverse Image Search on the picture, we found that the same picture was uploaded by an Instagram user with a caption stating that it’s a model.

We then ran another search along with the relevant keywords and found the picture of the model on a website. In the picture, we noticed that the model was credited to Dilip Sarkar MBE. 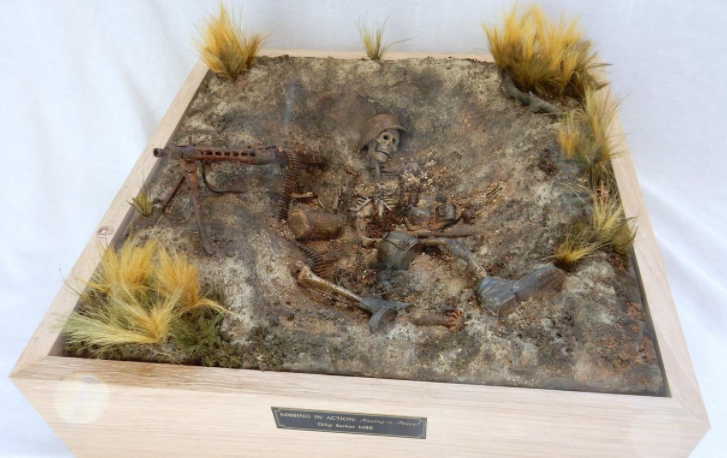 We ran a search on his name, which led us to his Facebook profile. After an extensive search, we found that the pictures of the model were posted by him in 2018 in a group named ‘The best diorama artists in the world’.

“As a historian I have been heavily involved with the identification of ‘missing’ Second World War dead for many years. That millions remain missing, however, is little-known – as are the varying policies and levels of enthusiasm reflected by various governments. I work especially closely with the Royal Netherlands Army Recovery & Identification Unit, which processes around forty cases annually. A few years ago, a 19-year old panzer grenadier was recovered from the sandy soil between Arnhem and Nijmegen. This diorama, based upon the vintage Airfix 1/6 scale skeleton and Dragon Action figures bits, was for a magazine article raising awareness of the issue, and inspired by the discovery of Gunther – whose mortal remains I saw laid out in the lab. So, not your typical diorama, I guess, but hopefully thought-provoking….” he wrote. 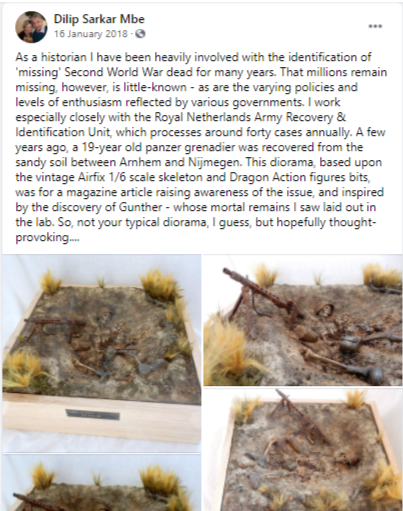 We also reached out to Dilip Sarkar and the article will be updated upon receiving his response.

However, even at this stage, it is safe to say that the claim is false. It is a picture of a model that is being circulated with a misleading and false claim.