Home Home Slider #YearEnder2020: From Kangana To Kanye West, Most Controversial Moments Of An Unprecedented... 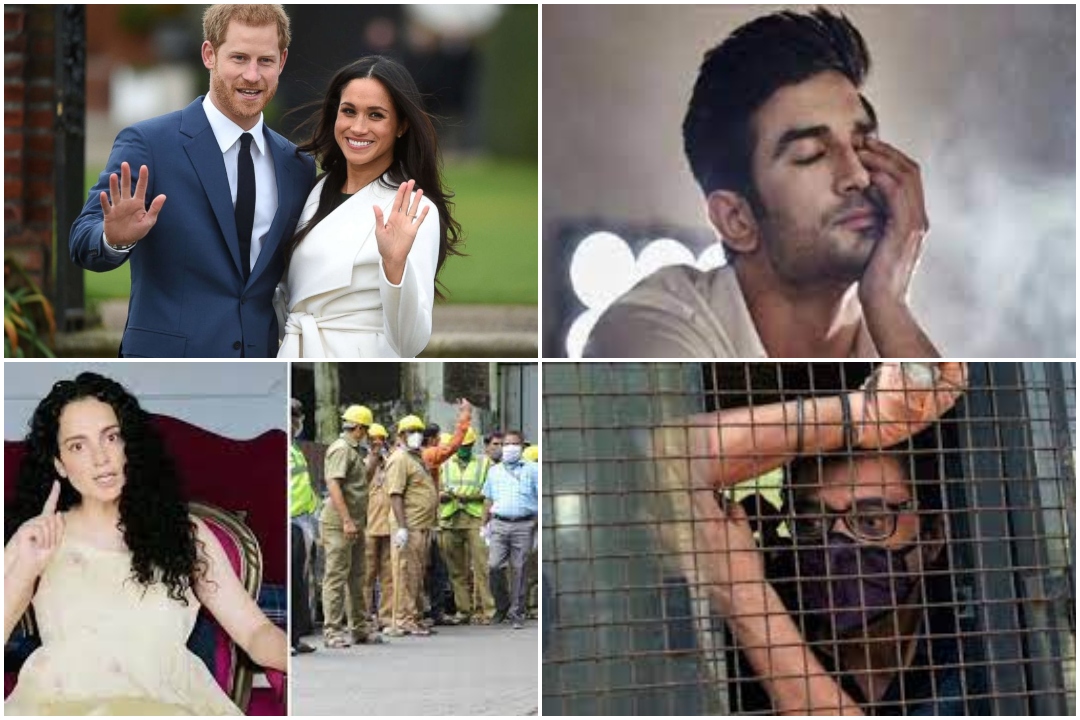 2020 was no less than a reality TV show, it kept inflicting us with high voltage drama one after the another. Starkly controversies amidst the pandemic were an integral part of the unprecedented year. Here’s a look at the top controversial moments of 2020-

Was it China or WHO at fault? Did China spread this virus on purpose? Is it the beginning of a bio war? These were the things that you must have heard on debate shows at the beginning of the pandemic, some including US President Donald Trump accused WHO of being biased and for effusive praise of China’s response to the outbreak which continued even while others – including medics in the country – described how their early concerns about the virus were silenced by the authorities.

Some believed the emergence of the novel coronavirus now known as SARS-CoV-2 was probably due to China’s actions, however, some said it was not, but their emphasis was on the authoritarian system that China placed on hiding the bad news, which likely gave the disease a sizable head start to infect the world.

Till today the speculation remains the same and there’s no concrete evidence to name a culprit.

Bollywood lost one of its gems this year on a sad note, but what made it worse was the brazen media trial and a constant row of myths/ allegations/ misconceptions and misogyny which continued for several months. First, the question was- Is it a suicide or a planned murder? Later began the witch hunt of Rhea Chakrobarty (Sushant’s Girlfriend) for being an alleged ‘gold digger’, ‘Vishkanya’ and possessing ‘witchcraft’. 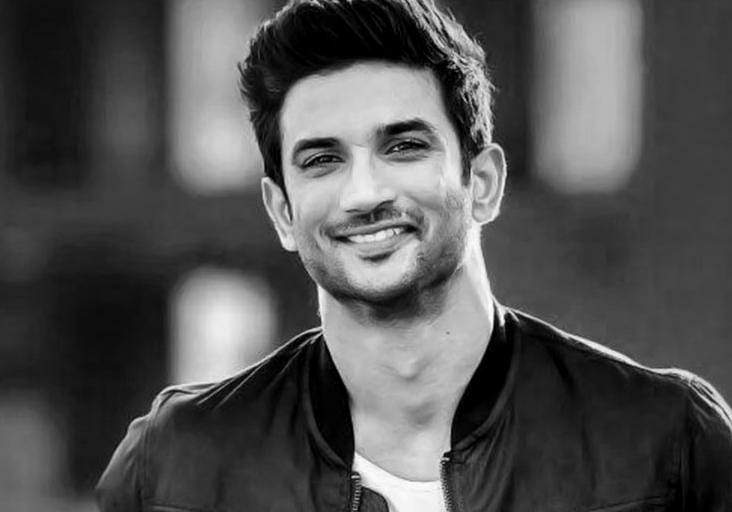 Next, the attention shifted on Mumbai police, who allegedly were biased towards Goswami and were trying to protect her, thus CBI was handed over the investigation on the demand of the Populus. Sushant’s unprecedented death also opened up discussions on, how can ‘a happy-go-lucky man’ like him suffer from a mental disorder? Prevailing myths and stigma about mental health in the society came out wide open. As if this wasn’t enough, the issue of prevalent drug abuse in the glamour industry was in the highlights again. Late actor’s family alleged that she “gave” drugs to the actor and lodged a case of money laundering against her as well.

But at the end all the speculations were mummed by the verdicts of the supreme authorities, Rhea was proven not guilty, Sushant was found not to be murdered and was suffering from bipolar disorder. Meanwhile, many scored TRPs, Political gains and media attention under the purview of the controversial death.

One person who couldn’t keep herself away from the controversy for the entire year was Padmashree awardee Kangana Ranaut. The Bollywood actress was in the news for some of the other reason quite often. One of her toughest feuds was against the Maharashtra Government, initiated after the Brihanmumbai Municipal Corporation or BMC  demolished a part of Ms Ranaut’s office in a bungalow at Mumbai’s Pali Hill. The actor alleged that the civic body’s action against her was a result of her comments against the Maharashtra government and the ruling Shiv Sena.

She also triggered outrage for saying the city “felt like Pakistan-occupied Kashmir” and compared the ruling coalition to “Taliban”.

Kangana later knocked the court’s door against the actions of the civic body and won the case. Bombay High Court cancelled the notice as it heard the actor’s petition against the demolition in September and asked BMC to pay compensation for the damage caused by the demolition.

In a massive blow to  Republic media’s Editor in Chief Arnab Goswami, Maharashtra Police arrested him for allegedly abetting the suicide of an architect, he had to spend 8 days in custody before getting an interim bail by Supreme Court. The suddenness of the move came after the prime time anchor made some controversial comments about the Maharashtra government in his TV debates. He was also charged under the TRP scam by Maharashtra govt.

Though Arnab Goswami was out on interim bail, the nation still wants to know- who is the real culprit?

George Floyd’s death sparked a row over anti-racism protests in the USA, after Floyd, a 46-year-old African American man, died in Minneapolis while he was being restrained by the police. Video footage of the incident, which was broadcast by the media and went viral on social media platforms, showed an officer kneeling on Floyd’s neck as he gasped for breath. The incident shook the nation as many people took to streets to protest over white supremacy and discrimination in the states.

One of the most dramatic ruptures within the British royal family happened this year when, Prince Harry and Meghan Markle, Duke and Duchess of Sussex, decided to step back from their roles as senior royals. They informed everyone that they will stop using their loftiest royal titles, give up state funding and repay at least $3 million in taxpayer money used to refurbish their official residence at Windsor Castle under an agreement announced by Buckingham Palace. Despite the couple’s decision, Harry will remain sixth in line to the throne.

U.S. President Donald Trump ratcheted up a dubious claim after being on the brink of losing the 2020 presidential elections, he kept his drama on and claimed rampant fraud in the presidential elections. It took him a long time to accept his defeat, before which he kept asserting the fraud on social media. 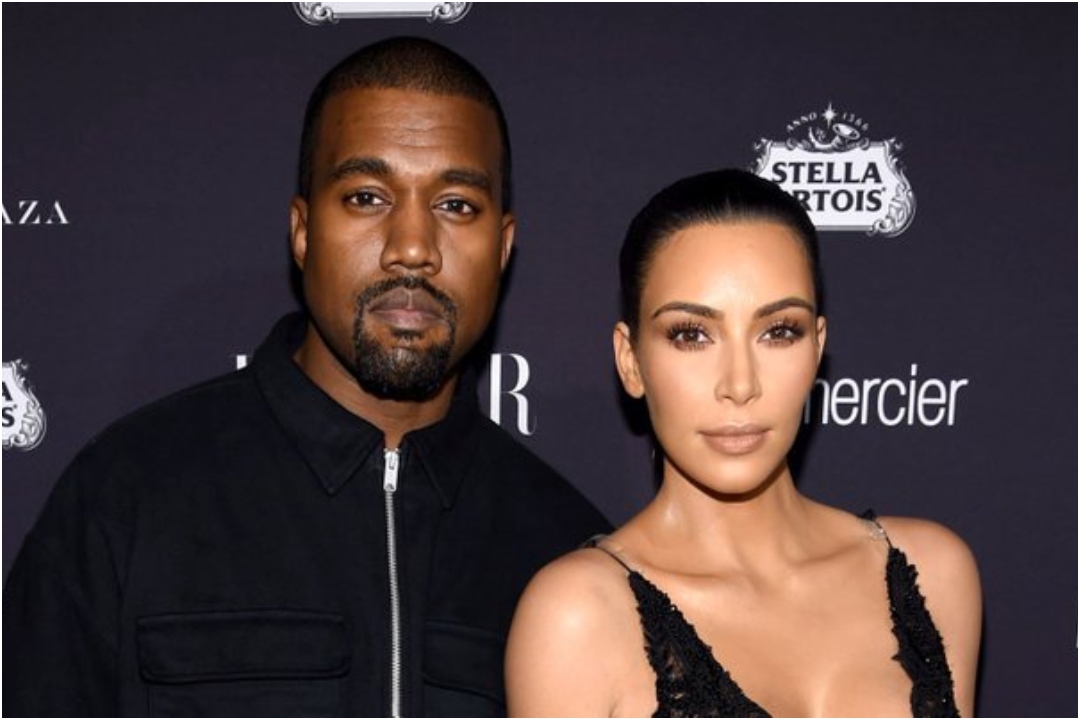 Fans witnessed rapper Kanye West meltdown as he took to Twitter to talk about a lot of controversial matters in which he even talked about his wife Kim Kardashian trying to lock him up with a doctor as well.

While the 43-year-old rapper issued an apology letter, Kim ultimately broke her silence on the drama and shared a public statement acknowledging her husband’s bipolar disorder. While the matter might have settled down now, West’s Twitter meltdown surely left everyone surprised.