The overall number of global coronavirus cases has crossed the 65-million mark, while the deaths have increased to more than 1.50 million, according to Johns Hopkins University data. 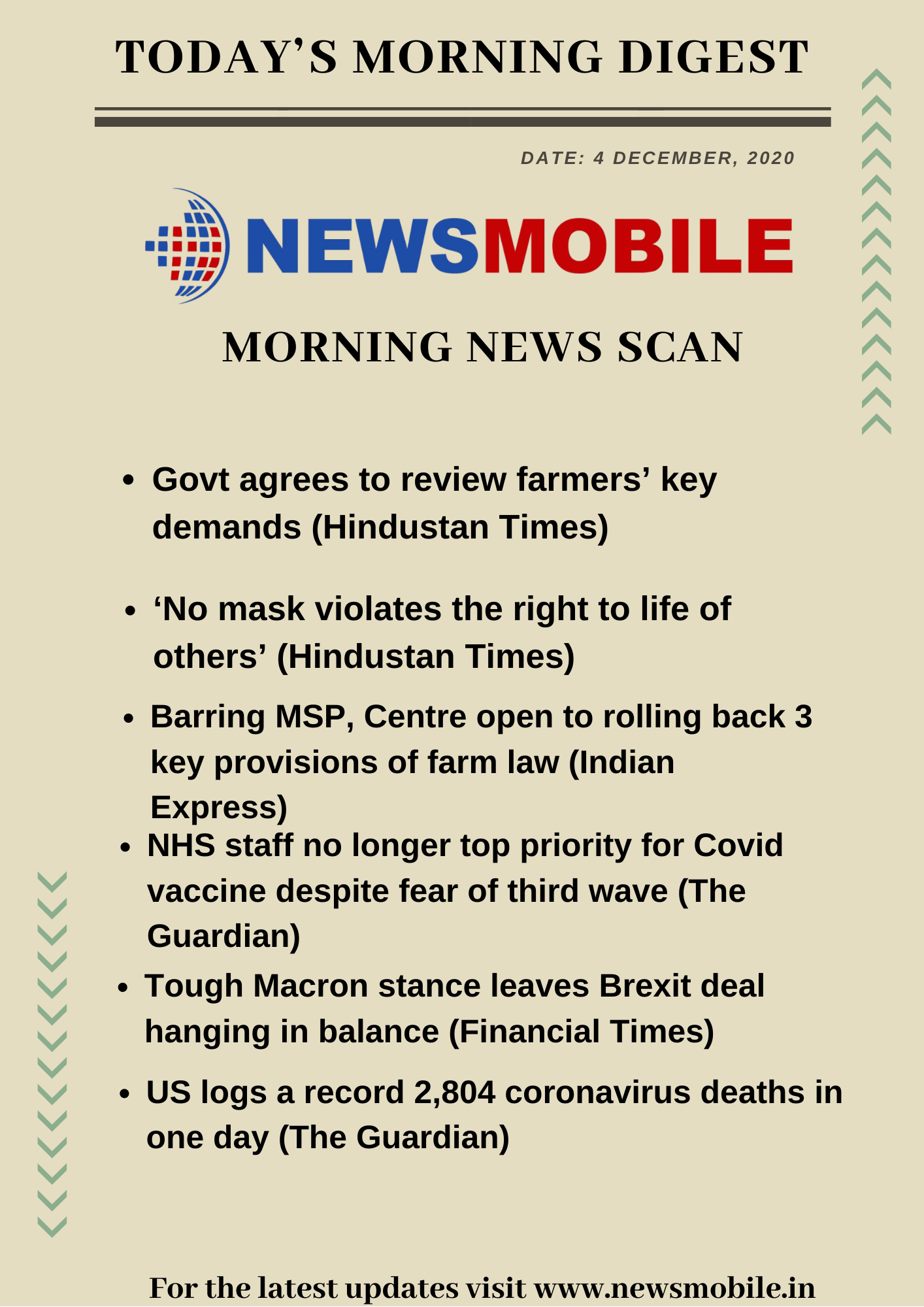 Here are the top 10 developments this morning: