After more than three months of inaction, police arrested owner of the car which had a collision with a motorcycle and led to the death of a 49-year-old chief financial officer (CFO) of a private company, on August 23 in Cyber City, Gurgaon. The car was allegedly driven by a minor, who was under the influence of alcohol at the time of the incident. 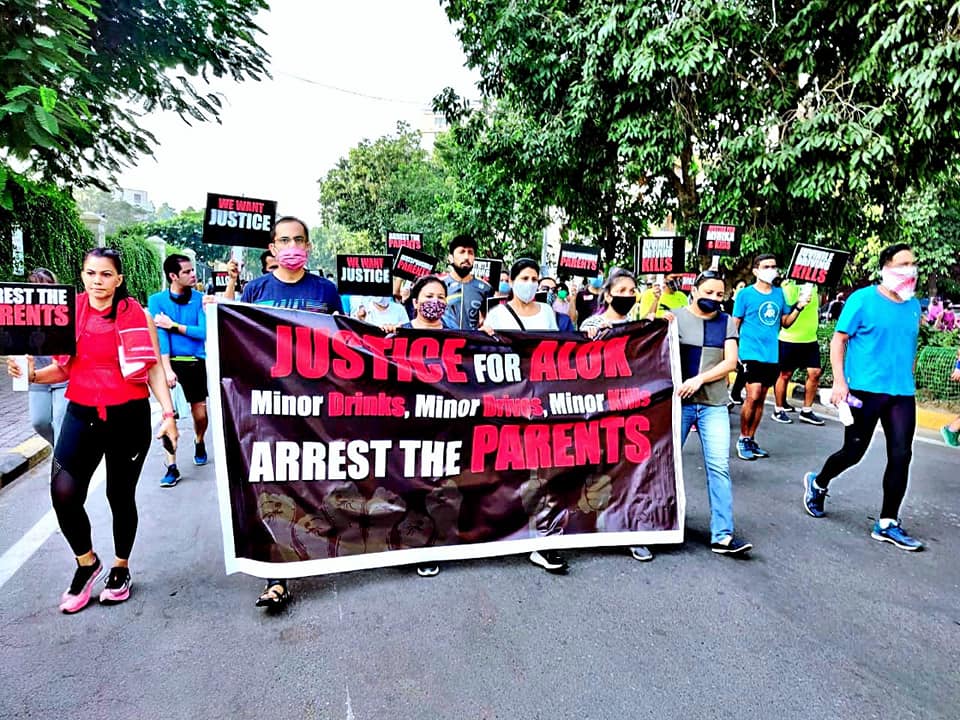 The police also detained another juvenile who was the co-passenger in the car, under Section 304 (2) of the Indian Penal Code and relevant sections of the Juvenile Justice Act. He will be produced before the Juvenile Justice Board. The minor driver was apprehended earlier and is in a correction home.

Dheeraj Taneja, identified as the owner of the car, has been booked under Section 109 of the IPC and Section 77 (giving intoxicating liquor or narcotic drug or psychotropic substance to a child) of Juvenile Justice Act. He was sent to judicial custody.

The horrific incident occurred on the morning of August 23, when the victim, Alok Gupta, was on his way to Noida on his Harley Davidson motorcycle. A Ford Figo, allegedly driven by the juvenile was at a high speed, when the driver lost control and it rammed into the divider, hitting Alok’s motorcycle across the carriageway. Unfortunately, Gupta succumbed to his injuries. At that time, the police had registered an FIR against the juvenile driver and owner of car, under sections 279 (rash driving or riding on a public way) and 304 A (death by negligence) of the IPC.

Taneja has been arrested under non-bailable sections and the juvenile was sent to an observation home in Faridabad.

Mihika Wahi Gupta, the victim’s wife, has been tirelessly spearheading this fight against justice for the past three months. NewsMobile had also spoken to her in a detailed interview and has been consistently writing about this case to make an impact to expedite the case proceedings.

Gupta’s family wanted the teenager who was at the wheel to be booked under Section 304(II) (rash or negligent act not amounting to culpable homicide) of the IPC instead of Section 304(a) which is ‘negligence causing death’. Also, they wanted the owner of the car to be booked, following which sections 309 and 304(II) of the IPC and sections of JJ Act were added.

There have been widespread protests that have been going on in this case.