Home Cityscape As GHMC Polls Get Underway, Whether Hyderabad Will Shrug Off Its ‘Nizam... 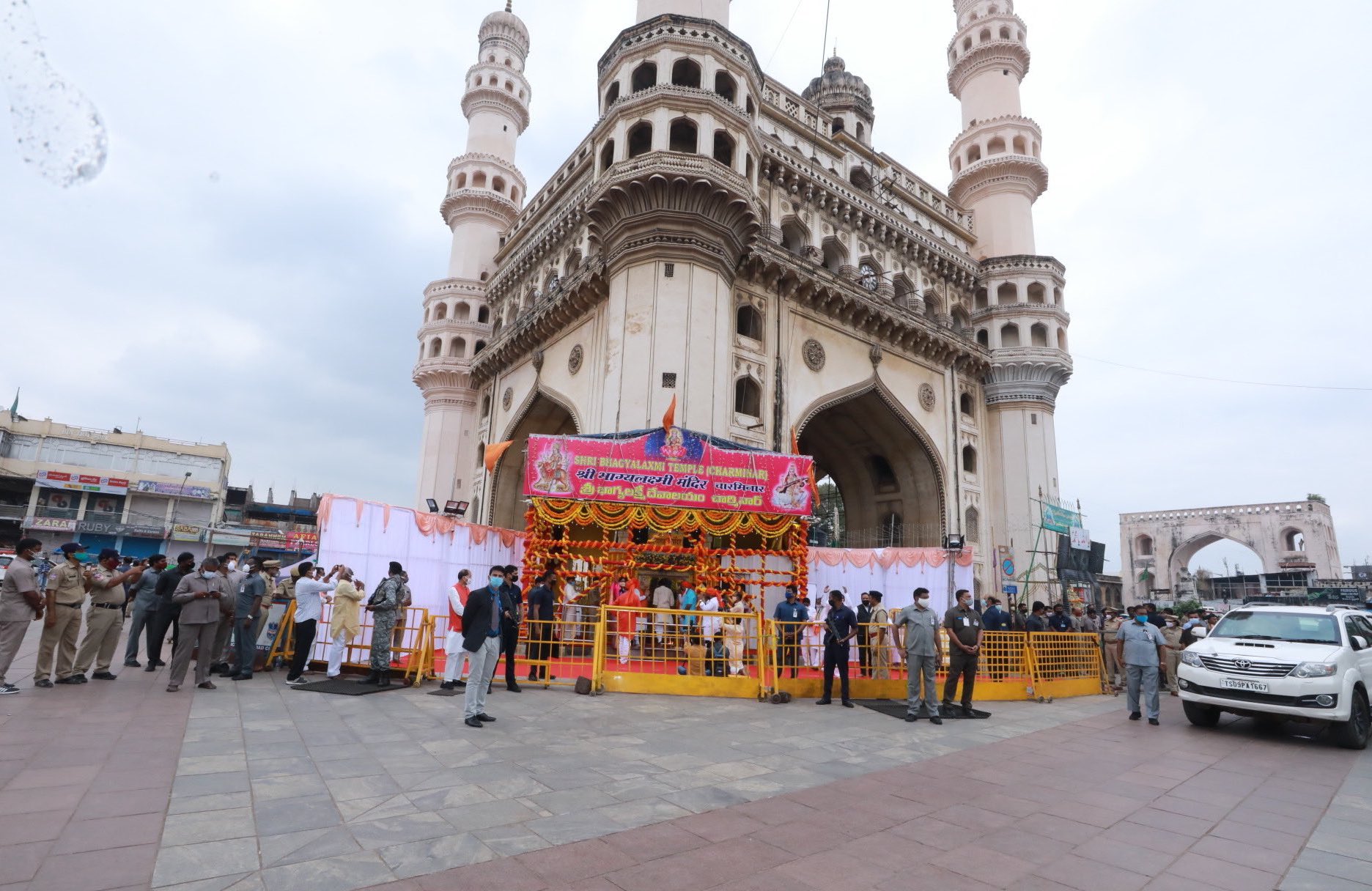 Its a battle like no other. As Greater Hyderabad Municipal Corporation (GHMC) polls get underway and heavyweight politicians and celebrities come out to cast their votes, the spotlight is now on the general public and whether they want to shrug off the legacy of Nizams so intrinsically intertwined with the city of Hyderabad.

In the run up to the polls, BJP – which has been eyeing to make inroads in the southern state for long – flew down a galaxy of its star campaigners including Home Minister Amit Shah and Uttar Pradesh Chief Minister Yogi Adityanath who promised to end the “Nawab, Nizam culture” and “create a mini-India” in Hyderabad. 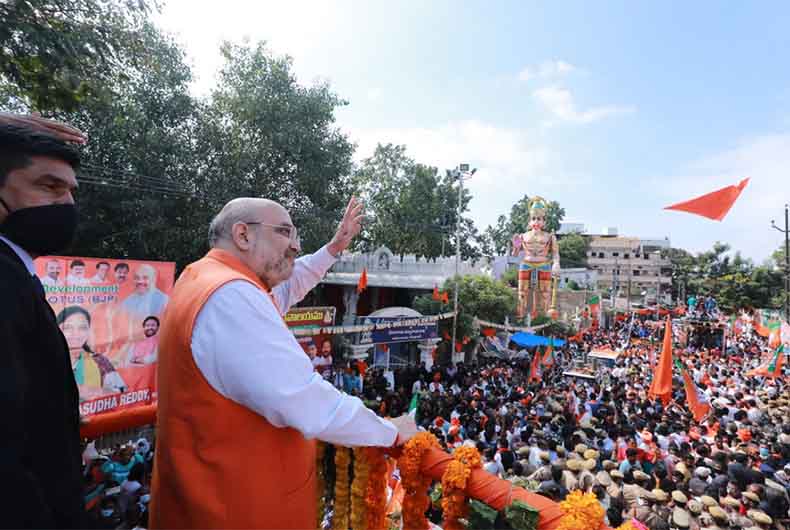 “We will free Hyderabad from the Nawab, Nizam culture and create a mini-India here. We want to build Hyderabad into a modern city, free from the shackles of Nizam culture,” Shah had said during his interaction with the media while he was campaigning for his party.

Incidentally he also prayed at the Shri Bhagyalakshmi Temple, a day after Yogi Adityanath said that if BJP comes to power, Hydebarad’s name will be changed to Bhagyanagar.

BJP’s gen next MP Tejashwi Surya meanwhile evoked Jinnah at a public meeting and said,  “One vote for Owaisi is one vote for Mohammad Ali Jinnah.” The party also linked AIMIM to Osama bin Laden.

For Hindutva organizations, Hyderabad is often viewed as an island of Muslim supremacy in the Deccan which survived the Maratha period and the British rule. “It is because people vote Owaisi in Hyderabad that he can contest Bihar elections. It is important to defeat him here,” said Tejashwi Surya.

TRS sees Telangana’s history not in the light of a Hindu versus Muslim divide but in the backdrop of Kakatiya, Qutbshahi and Asaf Jahi rule. The party’s pitch stands in opposition not just to BJP’s one versus the other narrative but also that of the Left, whose view of Telangana is deeply entrenched in the 1946 peasant uprising against Nizams. Owaisi on the other hand, while aligned to the TRS, has no qualms about its strong focus on protecting interests of Muslim community while the BJp is essentially eyeing Hindi speaking Telugu development.

With BJP ratcheting up anti-Nizam sentiment, Mir Najaf Ali Khan, grandson of the last Nizam Mir Osman Ali Khan, issued a statement and questioned Amit Shah’s intentions. He said BJP got down to attacking the Nizam during elections without any knowledge of Hyderabad’s history.

He said the politicians should appeal to voters by pitching their welfare schemes rather than spewing venom against Nizam VII.

“These leaders cannot change the Ganga Jamni Tahzeeb which has been a part of the culture of the people of Hyderabad for centuries,” Khan said.

He also reminded that his grandfather had respected all religions and united them during his regime and the emphasis of his governance was peace, tranquility and secularism.

“If my grandfather was a fascist why was he appointed as Raj Pramukh (Governor) by the Central Government even after he had willingly surrendered his nation?” Khan asked.

Upset at the way ‘Nizam’s name has been tarnished’, Nizam’s legal heirs have now said they will file a defamation suit against Yogi Adityanath. “It is unfortunate that Yogi Adityanath has no historical knowledge about Hyderabad State. He is not acquainted with facts and truths. These comments are unacceptable and unnecessary. As legal heirs, we will approach the judiciary,” Dilshad Jah, grandson of Mir Osman Ali Khan told the media.