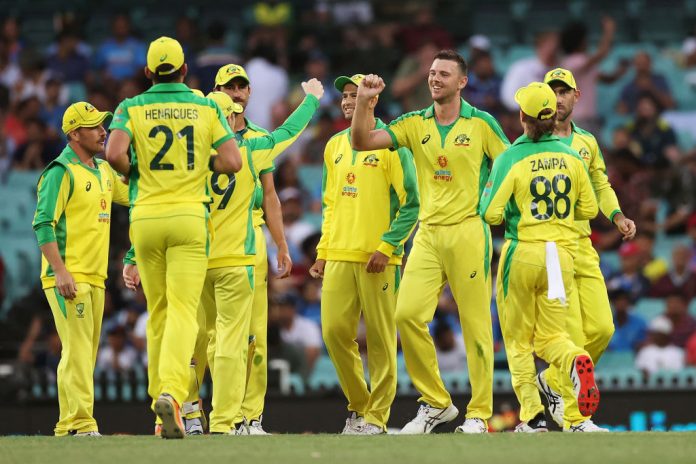 After Australia defeated India by 51 runs, skipper Kohli has been receiving flak from the experts over the series loss. Australia won the three-match series with one more game to play.

After winning the toss, Aaron Finch-led Aussies decided to bat first. Steve Smith top-scored with 104 off 64 balls as the home team posted a mammoth 389-runs total in the second ODI. Finch and Warner both scored half-centuries, stitching a 142-run stand for the opening wicket, which set the platform for the team

It was the heroics of Virat Kohli and K L Rahul that anchored the chase with scintillating half-centuries. Kohli scored 89 off 87, whereas KL Rahul contributed 76 runs to team India’s total. Despite their best efforts, India finished with 338 for 9.

The game also broke all the previous records of viewership. According to TV Numbers released by Fox Cricket, India Vs Australia 2nd ODI delivered record ratings. The ratings for SUPER-SHOW by the Australian cricket team was more than 2015 World Cup Finals.

That’s that from the 2nd ODI.

Australia win by 51 runs and take an unassailable lead of 2-0 in the three-match ODI series.#AUSvIND pic.twitter.com/Li1Mvc65fK

Let’s look at more records created in the second game

389 for 4 is now Australia’s highest ODI total against India surpassing their previous best of 374 for 6 amassed at the same Sydney Cricket Ground on Friday in the series opener.

Steve Smith on Sunday scored his 11th ODI ton and fifth against India. Interestingly, it was also Smith’s third ton in a row against India in the 50-over format.

Virat Kohli became the quickest batsman to score 22,000 international runs during his knock of 89 against Australia. The Indian captain surpassed Sachin Tendulkar’s record, who was quickest to score 22,000 runs. Kohli reached the milestone in his 462nd innings. Tendulkar batted 493 times to reach that mark.

David Warner and Aaron Finch became the sixth most successful pair in the history of ODI as they matched Virender Sehwag and Sachin Tendulkar’s opening 100-run stand. Finch and Warner added 142 for the 1st wicket in the 2nd ODI between Australia and Virat Kohli-led India. Finch and Warner only need a single 100-run stand to surpass Tendulkar and Sehwag’s record of 12-century partnerships in the 50-over format.