A picture of a man of selling fruits and other items for ‘Chhath Puja’ has gone viral all over social media claiming to be a recent one. It is also claimed that the man in the picture is supplying arms and ammunitions.

(Translation: #Beautiful_Picture from the preparations of Chhath festival in Bihar #Ammunition_Supply by a Muslim person … why the blind devotees right ?????)

On putting the picture through Google Reverse Image Search, we found the same picture in a photo gallery of Lokmat dated November 18, 2020. But the news article does not claim that the man in the picture has arms and ammunition. 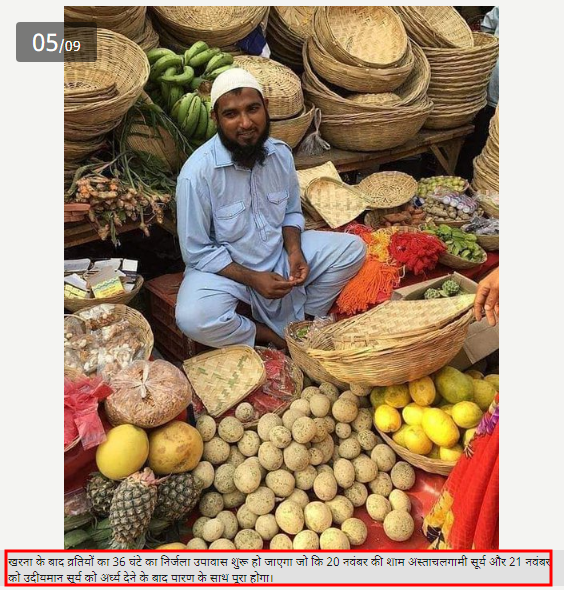 Moreover, we also found the same picture on Facebook dated November 2, 2019, claiming that this is an unforgettable image of Chhath festival that portrays positivity and unity.

On digging further, we found the same picture on a blog page dated December 27, 2015, which clearly means that this is an old picture and not of the recent Chhath festival in 2020.

However, the article claims that the picture portrays the ‘Emergence of a new religion’. 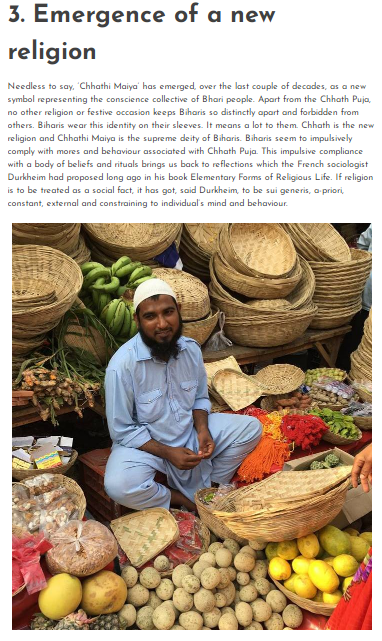 Hence, an old picture of a man selling goods for Chhath festival has resurfaced as a recent one with false claims. Don’t fall for false and misleading claims.