A newspaper clipping is doing rounds on social media claiming that Finance Minister Nirmala Sitharaman has said that Centre is planning to sell Air India and Bharat Petroleum Corporation Limited (BPCL) by March 2021.

We also found a similar post claiming that Air India and BPCL will be sold by March. 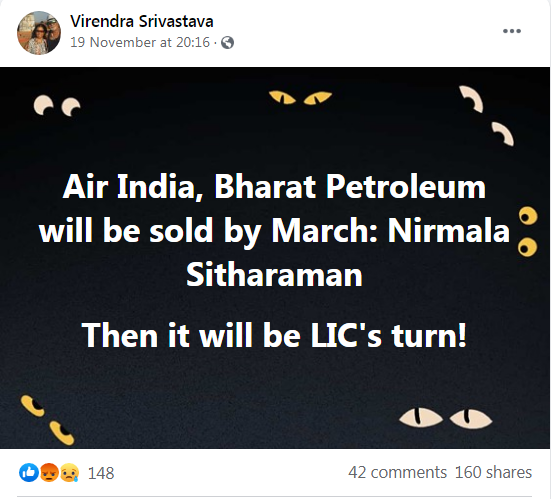 With the help of keywords, we found a news article by Nav Bharat Times claiming that Finance Minister Nirmala Sitharaman said that Air India and BPCL will be sold by March 2020 and not March 2021. Also when we checked the date we found that this article was published on November 17, 2019. 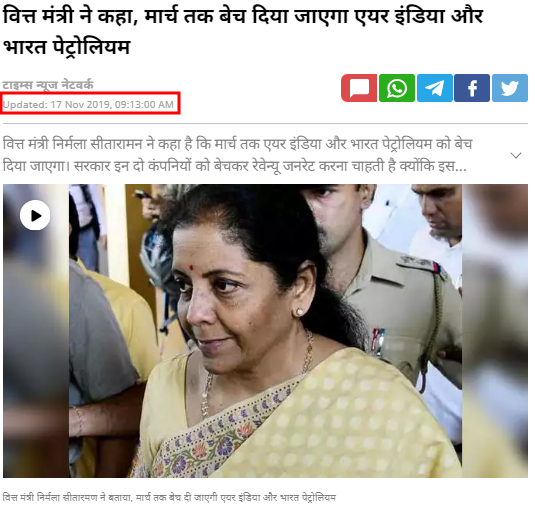 Further, we also found a Tweet on November 17, 2019, claiming that Nirmala Sitharaman told that Air India and BPCL will be sold by March 2020.

Moreover, other news organisations like The Wire, India Today, The Week and Business Standard also reported that Finance Minister Nirmala Sitharaman, in 2019, said that Air India and Bharat Petroleum Corporation Limited would be sold by March 2020.

We also checked on the Ministry of Aviation official website and found a description, “Air India Ltd. was incorporated under the Companies Act 1956 on 30 March 2007 and is owned by the Government of India. The Company was created to facilitate the merger of the two main state-owned airlines in India: Air India, with its subsidiary Air-India Express and Indian Airlines, together with its subsidiary Alliance Air.” 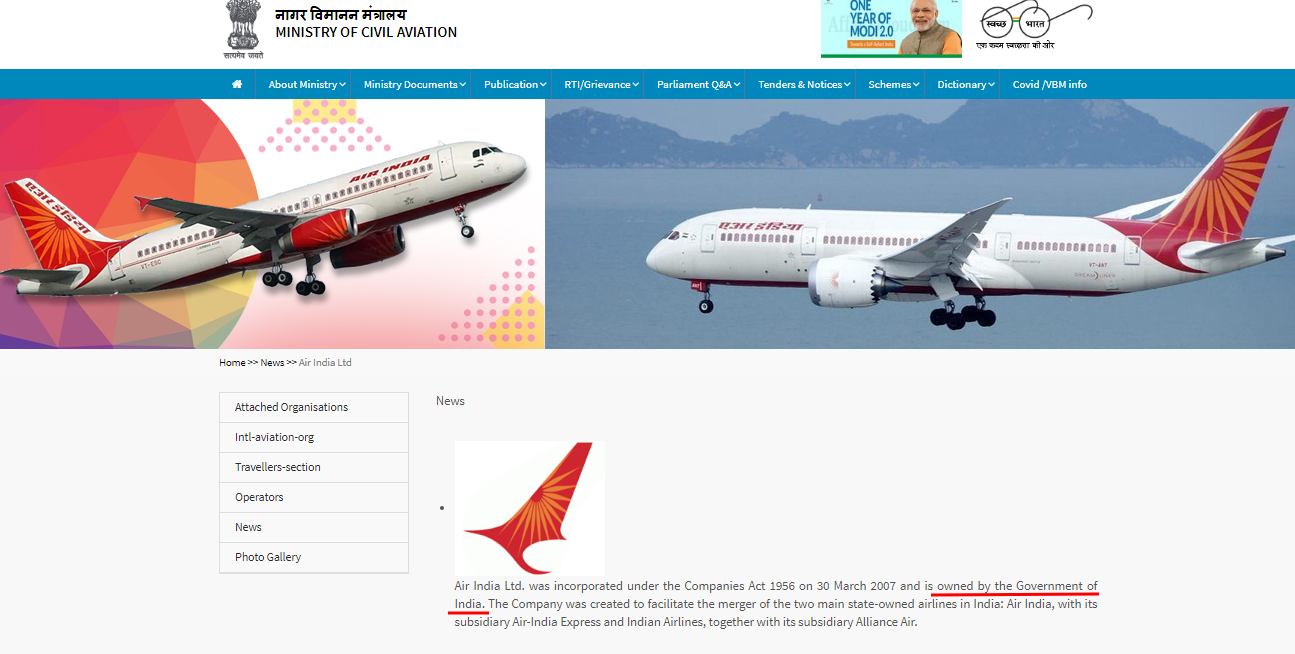 On digging further, we found a news article on Free Press Journal dated September 17, 2020, claiming, “Disclosing this in a written reply to Congress member Anto Antony in the Lok Sabha, Minister of state for Civil Aviation Hardeep Singh Puri said the disinvestment was decided, since further financial support to revive the airline would not be the best use of scarce financial resources of the government, particularly in a competitive aviation market.”

Moreover, we also found that Bharat Petroleum Corporation Limited was categorised under Public Sector Undertaking on the official website of Ministry of Natural Gas and Petroleum.

Further, we also found a news report by Asian Times dated November 16, 2020, claiming that in the Union Budget for 2020-21, the government set a target to sell assets worth 2.1 trillion rupees (US$28.17 billion) before March 31, 2021. Prominent state-owned firms include Bharat Petroleum Corporation Ltd as it is the country’s second-largest downstream oil company.

However, we also found a news article by Livemint dated November 25, 2020, claiming, “After four extensions, the government has closed the first step in the process to privatise oil marketer Bharat Petroleum Corporation Limited (BPCL). The response was unflattering. Nothing from Reliance, Total, Aramco or BP. The government said it received “multiple” expressions of interest (EOIs) without naming them, with mining major Vedanta confirming it was one.”

Hence, the newspaper clipping is an old one of 2019 in which Nirmala Sitharaman claimed that Air India and Bharat Petroleum Corporation Limited would be sold by March 2020 and not on March 2021. The social media post in question is misleading.