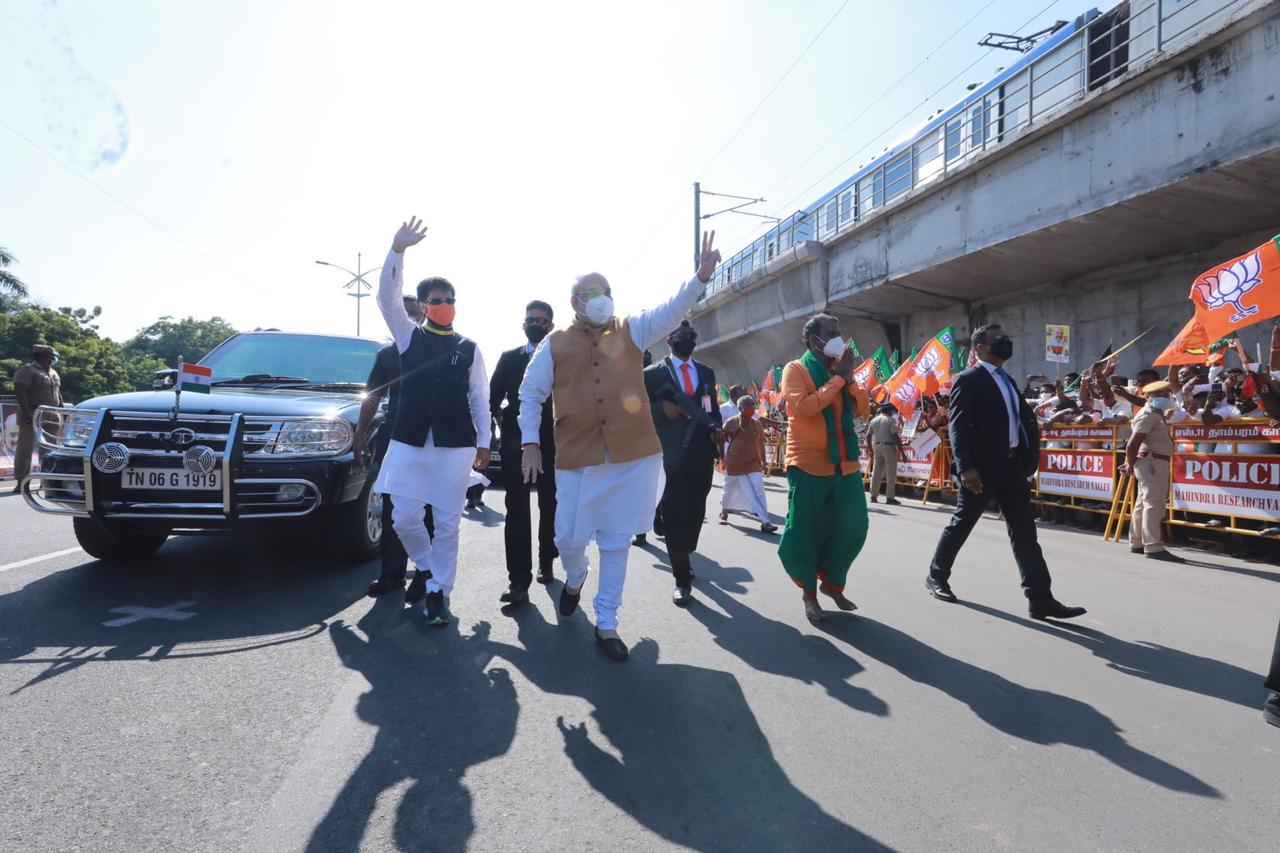 After conquering Bihar, the Bharatiya Janata Party is now eyeing the Tamil Nadu throne, an indication by Union Minister Amit Shah’s two-day visit to Chennai on Saturday. The Tamil Nadu assembly elections in 2021 will also mark the first full-state legislative polls without veterans Jayalalithaa and M Karunanidhi. Their absence can give an opportunity to the saffron camp to make inroads into the state.

Despite having a hold over multiple states, Tamil Nadu is one of the few states that remain a challenge for the BJP. The party could get only 3.66 percent votes in the state, down from 5.48 percent in the 2014 general election.

During his two day visit, Amit Shah cleared the air over BJP’s alliance with AIADMK and said that both the parties would fight together in the upcoming Tamil Nadu election. Chief Minister Palaniswami also confirmed the news and denied any hiccups in the camp.

“The Lok Sabha alliance will continue for the assembly elections. We have given 10 years of good governance. Our alliance will win the 2021 polls. Tamil Nadu will always support PM Modi,” CM Palaniswami said.

The Home Minister inaugurated series of projects and met representatives of the state BJP unit and senior leaders of ally AIADMK. Shah praised ‘good governance’ in the state and said, “After Modi Ji came into power, competitiveness among states has increased. I am happy that Tamil Nadu has secured first place among the states in good governance this year,”

Shah’s visit is also significant for the party considering his exemplary winning track record as the party head. Tamil Nadu BJP chief Dr. L Murugan said that Union Minister’s visit to the state will instill fear amongst the political parties. The party did so poorly that it lost its deposit in 230 out of 232 seats.

It is always great to be in Tamil Nadu. Thank you Chennai for this love and support. https://t.co/pxl5EaZ6on

The Bharatiya Janata Party, which contested all 232 seats in the state, did not record any wins in Tamil Nadu in the 2016 Assembly election. The national party stood independently and managed to win only around 2.8% of the vote share.

The BJP is leaving no stone unturned to make a mark in Bengal and Tamil Nadu where regional parties have a strong presence, making it a challenge for national parties to have a bigger command in these states. Party President JP Nadda is set to embark on a 100-day nationwide tour with 6 months to go for Assembly polls in several states. The focus will be on strengthening the party in states where it had not done relatively well in the general election.

Nadda’s tour begins from Assam where he will visit the state capital on November 26 and review the organizational preparedness of the party ahead of assembly polls in the state in May 2021. 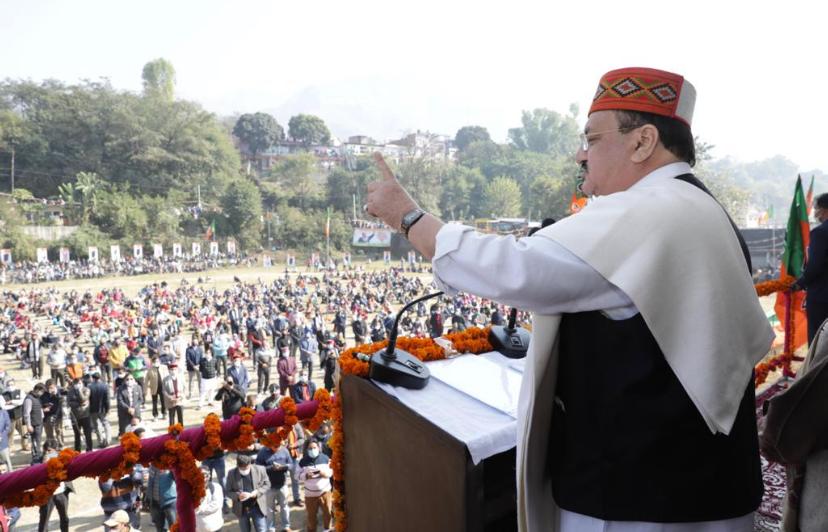 This also comes at a time when the partnership between Ruling BJP and ally BPF in Assam is headed for a split. The leaders will meet JP Nadda where a decision on the issue would be discussed. Both BJP and AGP are expected to continue the alliance and contest the assembly polls scheduled in March-April together.

By 2018, the BJP was in power in 21 states, either on its own or in alliance with a regional party. But the numbers came down after they tasted defeat in Hindi heartland – Rajasthan, and Jharkhand.