Home NM FACT CHECKER Fact Check: This viral video is NOT of Kailash Mansarovar, but a... 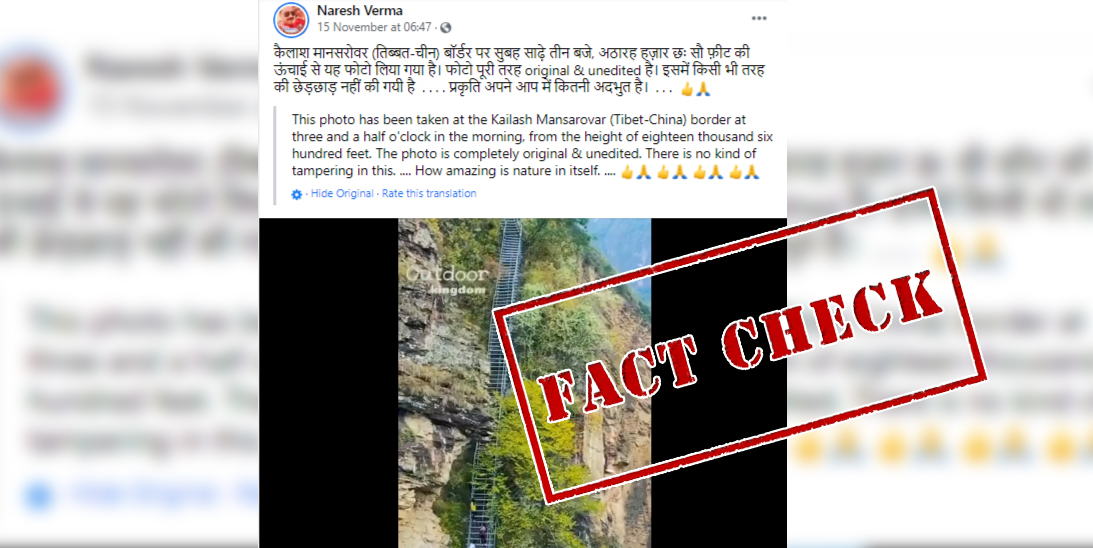 A video containing different clips of an outdoor location is being shared on social media with a claim that it is the video of Kailash Mansarovar along the Tibet-China border.

(Translation: This photo has been taken at the Kailash Mansarovar (Tibet-China) border at three and a half o’clock in the morning, from the height of eighteen thousand six hundred feet. The photo is completely original & unedited. There is no kind of tampering in this. …. How amazing is nature in itself ) 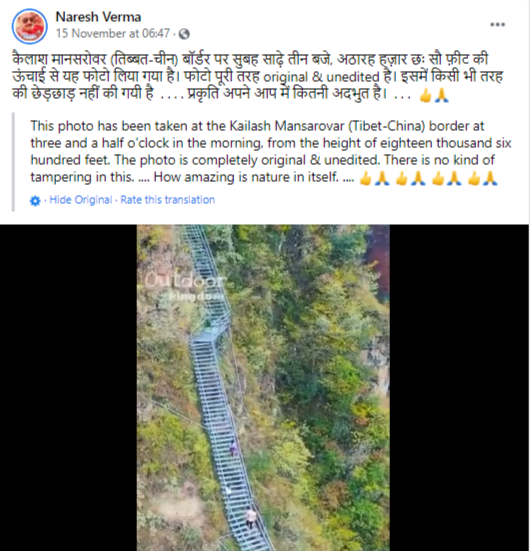 We extracted keyframes of the video and put them through Reverse Image Search. During the course of the fact check, we found that the video contains clips of several different locations.

We then put individual keyframes of the video through Reverse Image Search and here’s what we found:

The first clip in the video is of a large dragon-head water faucet. The Reverse Image Search led us to a tweet by a Chinese media organisation from 2019 featuring a video of the same location.

According to the tweet, the video is of a water faucet, built on a cliff 60 meters above the ground in Guizhou, China.

China’s “most impressive” water faucet, built on a cliff 60 meters above the ground in Guizhou pic.twitter.com/c9Nzo7Xxzp

We found the images of the same location on Shutterstock. On comparison, it is clear that the video is from China. 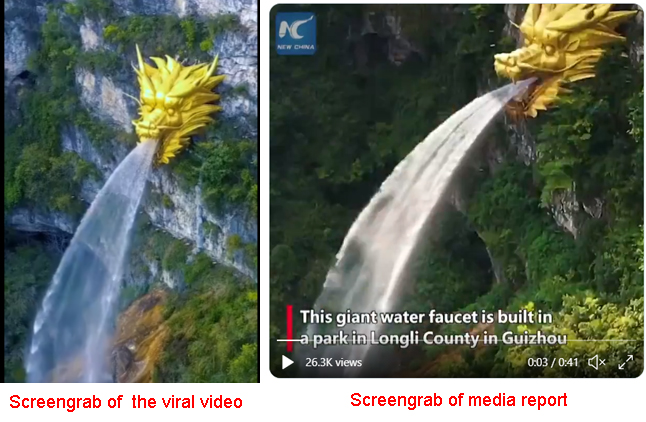 The second clip is of people climbing the mountain using a long ladder. We put the screengrab from the video along with some keywords and found a BBC video showing similar settings. According to the video, the place is in China.

So, based on this, we ran another keyword search and found another video by South China Morning Post. The video is of Atulie’er Village, known as the “cliff village” in the Liangshan Yi Autonomous Prefecture in southwest China’s Sichuan Province.

We also found a media report featuring a similar picture of the ladder. We compared the picture with the screengrab from the video and found that they are from the same location. 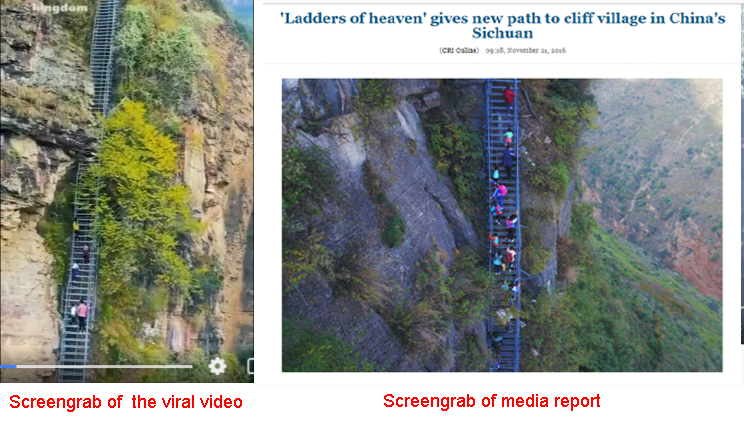 The third clip was of a colourful structure on top of a cliff. The reverse image search led us to a website with GIF of the same location. The caption stated that the GIFs are of the Yichang Tianzhu Mountain. 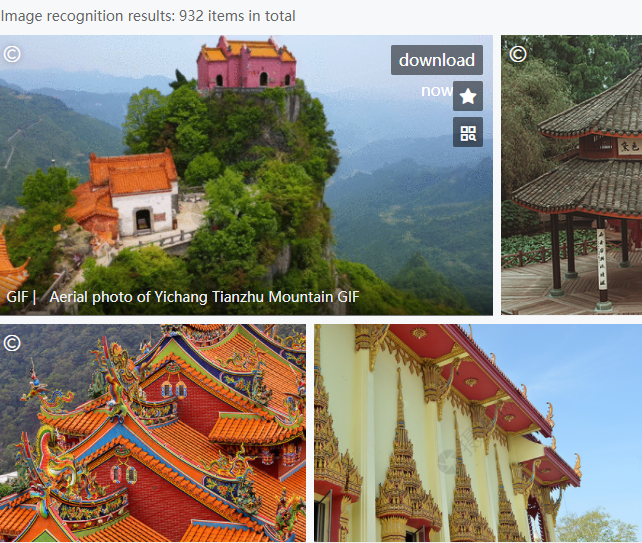 We then ran a keyword search and found that the video is of the Zhongwudang Taoist Temple, a famous venue for Taoism activities, located at the Tianzhu Mountain, 34 kilometres away from the downtown of Changyang Tujia Autonomous County of Yichang City. The location was found to be in China.

The fourth clip in the video is of a ridge. A simple search led us to a video of the same ridge uploaded by People’s Daily, China on Facebook in 2019.

“Hold your breath! Trilling view at Gaoyi Ridge in C China’s Hunan. (It’s cool to admire the beauty of nature, but please be careful not to risk your life for a pic!)” the post read. 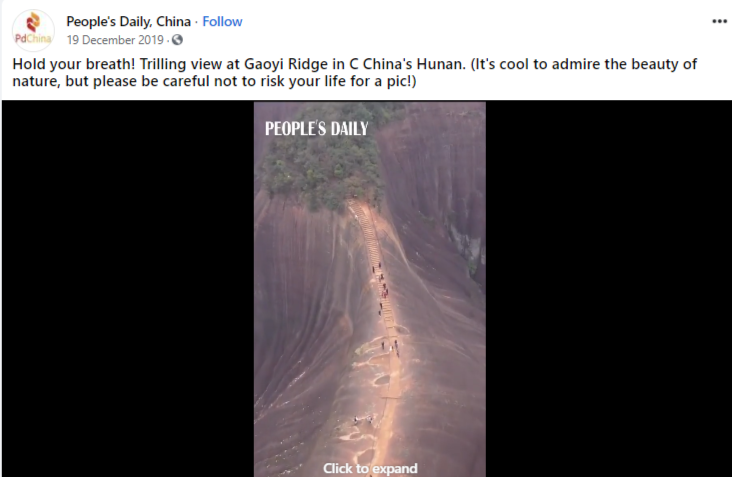 The above information proves that the viral video is a montage of clips of different locations from China and NOT from the Kailash Mansarovar. Hence, the claim attached to the video is false.