Home NM FACT CHECKER Fact Check: Are the burqa clad women in this viral photo from... 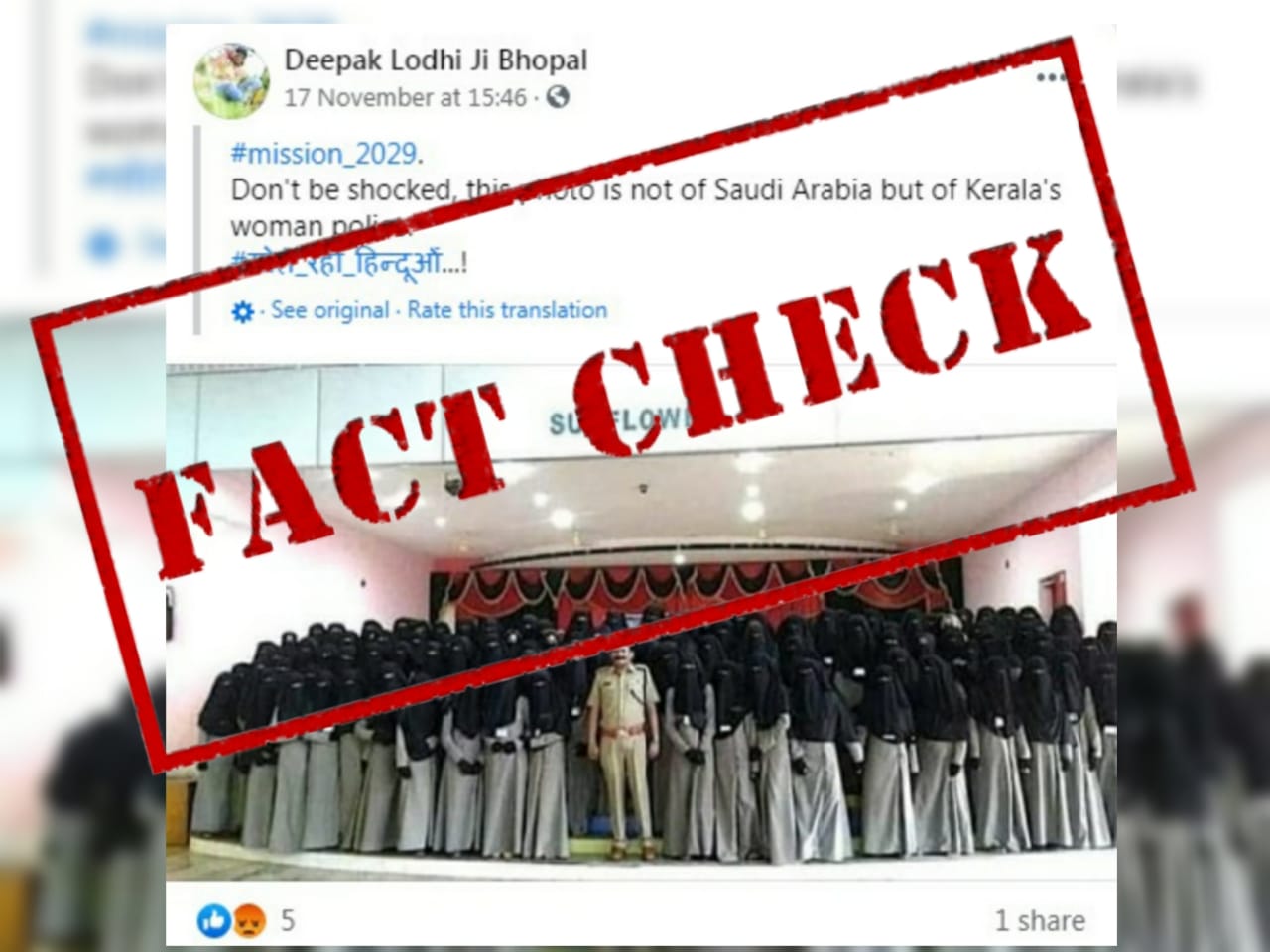 A picture of women wearing burqas and posing for a photograph has gone viral all over social media. The claim attached to the post is that these women belong to Kerala Police.

(Translation: Don’t get surprised. This picture is not from Saudi Arabia but it is all-women police force in Kerala) 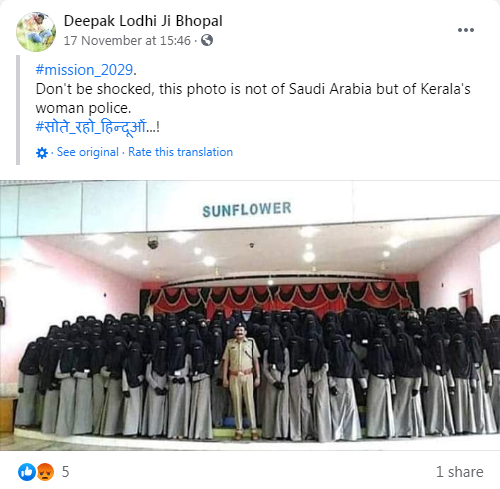 Other similar posts on Facebook were found here, here, here and here.

This picture, with similar claims, was also found on Twitter.

On putting the picture through Google Reverse Image Search, we found the same picture on Andhrafriends.com with the picture description as follows – “Kasargod district police chief KG Simon poses with the students.” 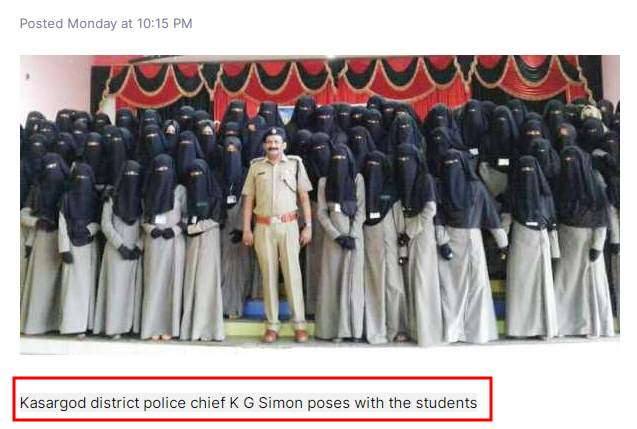 Further, with the help of Bing Reverse Image Search, we found the same picture on The New Indian Express dated October 24, 2017, with the picture description claiming that the Kasargod district police chief KG Simon posed with a group of college students. The article also stated they are the students of the Arabic college at Uliyathaduka, Kasargod in Kerala. 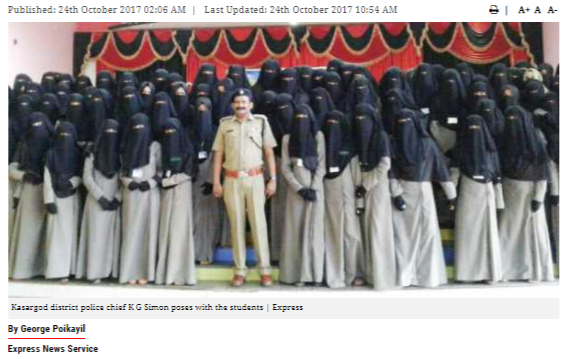 Moreover, we also found a post on Facebook dated October 30, 2017, claiming that Kasargod SP went to a college for some inauguration. 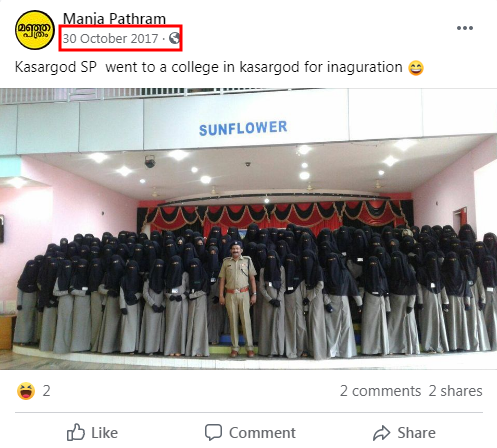 Hence, the picture of women posing for a photograph is not of Kerala women police. Truth is that the picture is an old one of students in Kerala. Don’t fall for false and misleading claims.