With this win, SunRisers Hyderabad have now climbed to the fourth spot in the points table with 12 points from 13 matches. On the other hand, RCB is in second place with 14 points from 13 matches.
Chasing 121, SRH got off to the worst start possible as skipper David Warner (8) gave his wicket away in the second over off the bowling of Washington Sundar. Manish Pandey then joined Wriddhiman Saha in the middle and the duo slammed RCB bowlers all around the park and as a result, SRH was poised well at 58/1 at the end of the sixth over. 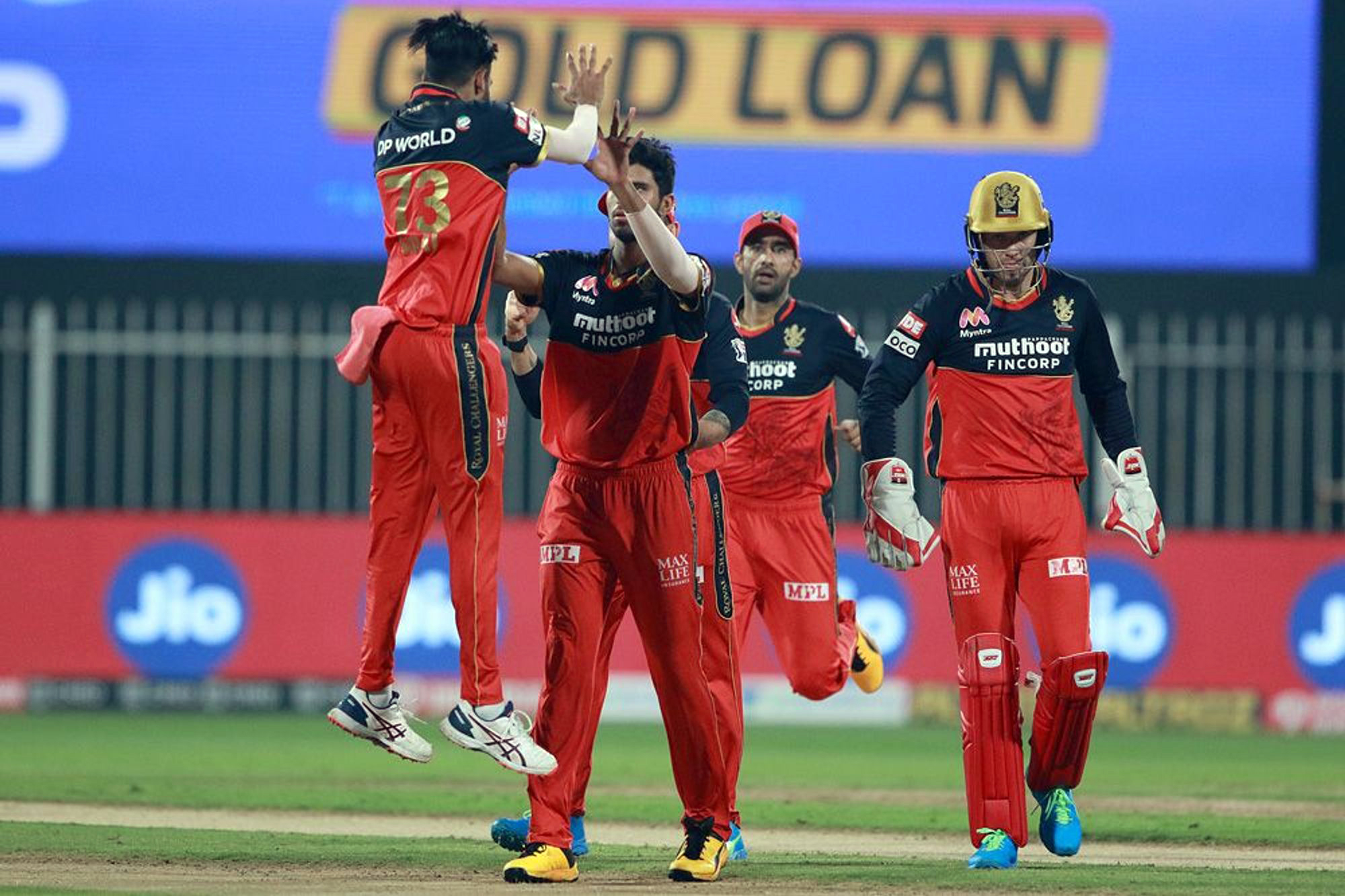 In the seventh over, Virat Kohli introduced Yuzvendra Chahal into the attack and the spinner did not disappoint as he got the wicket of Manish Pandey (26). RCB did not let runs come by in a canter and the side took the wickets of Saha (39) and Kane Williamson (8) in quick succession, reducing SRH to 87/4 in the 13th over.

In the end, Jason Holder played an unbeaten knock of 26 runs to take SRH over the line by five wickets in hand and 35 balls to spare.

Earlier, SunRisers Hyderabad’s bowlers did not let RCB fly away and as a result, Virat Kohli’s side was restricted to 120/7 in the allotted twenty overs.

Sent into bat first, RCB got off to a bad start as the side lost its opener Devdutt Padikkal (5) in the third over of the innings as he was clean bowled by Sandeep Sharma. In the fifth over of the innings, the pacer got the prized scalp of Virat Kohli (7), reducing RCB to 28/2.

AB de Villiers then joined Joshua Philippe in the middle and the duo tried to retrieve the innings for RCB. Both batsmen put on 43 runs for the third wicket, but in trying to increase the tempo of the innings, de Villiers (24) ended up giving his wicket away off the bowling of Shahbaz Nadeem in the 11th over.

In the next over, Rashid Khan got the wicket of Philippe (32) and as a result, RCB was reduced to 76/4. Washington Sundar and Gurkeerat Singh Mann got together at the crease and the duo kept the scoreboard moving along, but RCB was in desperate need of some big shots in the death overs.

T Natarajan dismissed Sundar (21) in the 18th over, and this brought big-hitter Chris Morris to the crease. However, RCB struggled to string together any sort of momentum and as a result, the side was restricted to under the 125-run mark. For SRH, Sandeep Sharma and Jason Holder scalped two wickets each.